The Office of the Fire Marshal of the Prince George's County Fire/EMS Department and the City of Laurel Police Department are jointly investigating incidents involving playgrounds being destroyed by fire.

On Sunday, March 3, 2013, firefighters and the City of Laurel Police Department arrived at the Laurel Discovery Community Park, Harrison Drive and Greenhill Avenue, to find the surface and playground equipment on fire.  Prince George's County Fire Investigators have determined this incident to be incendiary or "set" and estimate fire loss at $100,000.

On Friday, March 8, 2013, a set fire occurred to playground equipment at Granville Gude Park, 8300 Mulberry Street in Laurel.  Laurel Police detained two juveniles males believed to have started the fire on playground equipment on this date.  The suspects were arrested by the City of Laurel Police Department and charged with crimes related to this incident.  The incident, however, remains open and under investigation by Fire Investigators.

On Monday, March 11, 2013, firefighters and law enforcement officials arrived at Emancipation Park, 8th Street and West Street, to find another playground destroyed by fire.  Fire Investigators have also declared this to be a case of Arson.  Fire loss is estimated at $100,000.

Prince George's County Fire Investigators are seeking assistance from members of the community.  Anyone with information about any of these incidents is asked to call our Arson Tip Line at
301-77-ARSON.  Tips may be left anonymously.

Until the investigations are closed, citizens and residents, especially those that live, work or travel in the area of playgrounds, are asked to remain vigilant and report any suspicious activity immediately by calling 911.  If suspicious activity is detected you should attempt to document descriptions of those involved including articles of clothing and vehicles, tag numbers are particularly helpful.  Never try to intervene in the suspicious activity other then calling 911, never put yourself into harms way.

Posted by PGFD at 2:31 PM No comments: Links to this post


Here is a copy of Fire Chief Bashoor's prepared comments:

Prince George’s County Fire/EMS Department
Senate Bill 969 Testimony
Marc Bashoor, Fire Chief
Prince George’s County wholeheartedly endorses Senate Bill 969.  We were all too painfully reminded of the need for smoke alarms 2-1/2 weeks ago, when 4 sleeping members of the Price family lost their lives in a home fire – a home fire where no smoke alarm was found.  Just 23 hours previous, in a home fire 5 miles away, a working smoke alarm alerted the sleeping owner to a fire, allowing him to escape just before the bedroom he was sleeping in and the rest of his home collapsed into the basement. 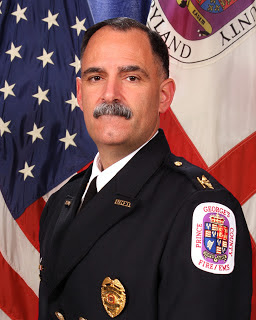 About 50% of the time, fire crews that we send into homes to check smoke alarms – where they actually find alarms, find empty cavities – cavities where batteries should be… $1 batteries, removed because of cooking fumes or alarm malfunctions.  Every one of these removed batteries is a missed opportunity to save lives.
Fire Department’s constantly field disparate answers to questions about placement of smoke alarms and CO detectors.  This legislation validates the best known information for Maryland’s Fire Department’s – that a tamper resistant smoke alarm on every level of the home provides the best opportunity for early notification.
Over the 10-year life of the device, the cost of a sealed, tamper resistant smoke alarm using long-life batteries is approximately 20% less, when compared to a smoke alarm with a removable 9-volt battery that must be replaced every year – in fact twice a year as we encourage batteries to be changed when we change clocks twice a year.  When the smoke alarms required by this legislation reach their end of 10-year life cycle, the entire smoke alarm would be replaced as specified by the manufacture’s recommendations and the State Fire Prevention Code.
Most importantly, this legislation is expected to save lives; because of the improved coverage and the increased reliability afforded by battery powered smoke alarms equipped with sealed, tamper resistant long-life batteries and hush buttons, that will be required.
The Prince George’s County Fire/EMS Department accepted our first large donation of 10-year battery sealed-smoke alarms, this past Friday.  Through our expanded community outreach efforts since the Glenarden fire on February 21, Prince George’s County Firefighters and Paramedics have installed over 150 working smoke alarms in County homes.  The recent donation will ensure the 500 plus residents on our waiting list will receive a working 10-year battery alarm.  While I cannot guarantee that this legislation would have categorically made a difference for the Price family – I can categorically tell you one of these smoke alarms would have given them a chance, that they did not have.  I respectfully urge you to support SB969.
Posted by PGFD at 11:49 AM No comments: Links to this post 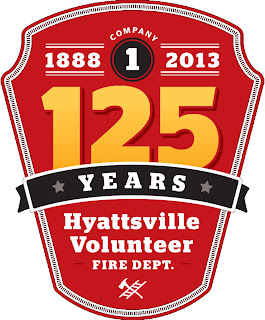 One of their first events the Hyattsville Volunteer Fire Department will conduct is a Memorial and Remembrance Service.  The service will serve to remind and memorialize the Line of Duty Death passing of Volunteer Firefighter Alan P. Sondej, LODD on March 16, 1988, from burns sustained in a January 1988 house fire.  The membership will also recognize the 60th Anniversary of the loss of Volunteer Firefighters John T. Streets and William R. Stainback who died in October 1953.  They were both killed in a collision between their ladder truck and a civilian vehicle.

For additional information contact the Hyattsville Volunteer Fire Department at 301-883-7701.

Posted by PGFD at 10:34 AM No comments: Links to this post