An additional challenge is the over-aged smoke alarms found in homes during safety checks. Smoke alarm manufacturers recommend that a smoke alarm be replaced every 10 years. Battery-powered smoke alarms were first introduced in 1970. By 2000, smoke alarms were installed in 94 percent of U.S. households. How old is your alarm? A manufactured date is listed on the back of alarms. Check the date, and replace the device if the date is close to or past the 10-year mark. If there is no date, it is well past the 10-year point and should be replaced immediately.

The Prince George’s County Fire/Emergency Medical Services (EMS) Department believes that technological advances in the manufacturing of smoke alarms and carbon monoxide detectors will save lives, including the lives of firefighters entering homes to rescue occupants who were never alerted by a working smoke alarm. The 10-year smoke alarm currently available allows the installed device to operate for up to 10 years without having to change the battery. This action alone will reduce the high percentage of residential fire fatalities occurring in residences that have no smoke alarm or one that is inoperable due to a battery issue.

Installing the 10-year smoke alarm will also provide homeowners with a fresh date to begin a 10-year countdown to replacement, thereby eliminating older smoke alarms that may not operate. A local volunteer fire department will provide details of a federal grant and their goal of installing new 10-year alarms in every home within their primary response area.

Fire service leaders from local, County, State, and Federal organizations will gather to discuss new State of Maryland legislation requiring 10-year smoke alarms with a hush feature; a local Fire/EMS Department's goal to install 10-year alarms in every home within their primary response area; and the benefits of working smoke alarms for firefighters and their families. Additionally, a leading manufacturer of smoke alarms will discuss the advances in technology with the 10-year alarms.

Homes within walking distance of the Capitol Heights Fire/EMS Station will be visited by
firefighters that will install the new 10-year alarms. 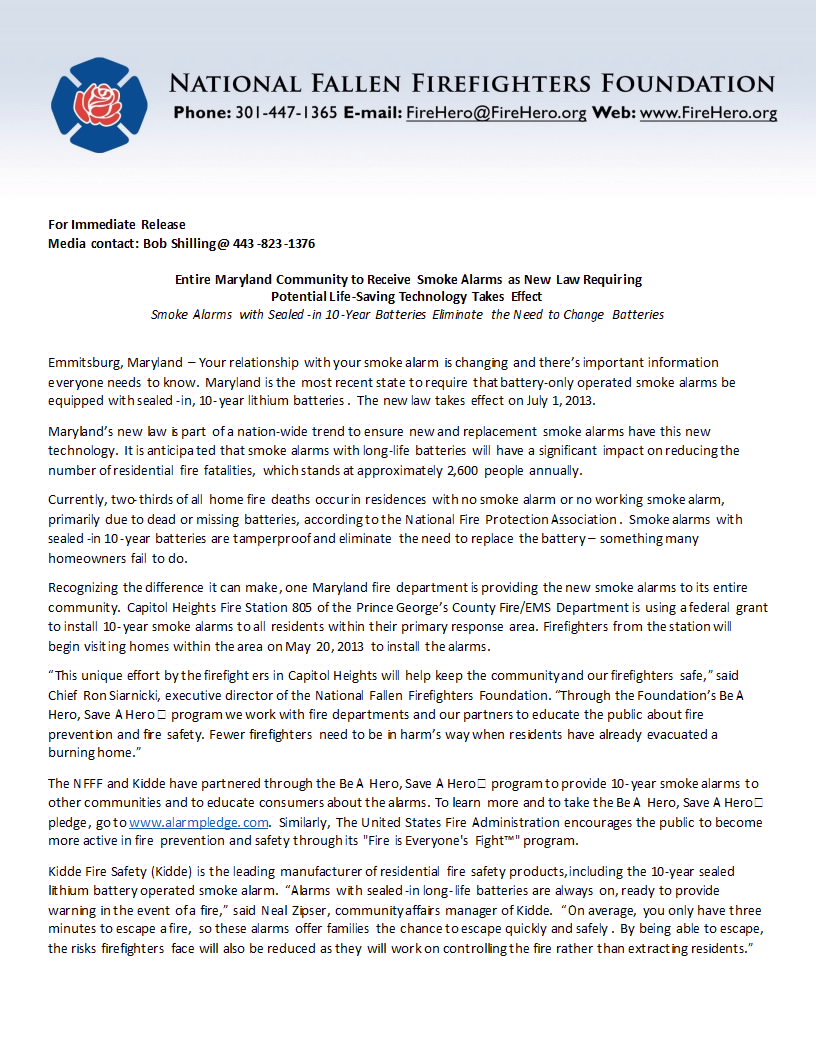 Posted by PGFD at 12:42 PM No comments: Links to this post 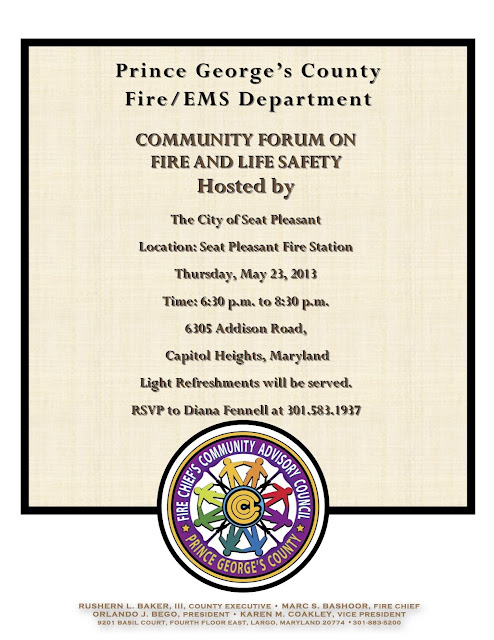 Posted by PGFD at 10:35 AM No comments: Links to this post