A fire in an off campus apartment near the University of Maryland in College Park was quickly extinguished this evening. At about 6:50 pm, Monday, December 10, firefighters were alerted to a fire in an apartment in the 4200 block of Knox Road.

This address is just one of several 2-story brick buildings with 6 apartments in each. They are commonly referred to as a "Knox Box" due to their street name and physical appearance of a box. Knox Box apartments are popular with students for their close proximity to campus and affordable rent.

First arriving firefighters from the College Park Fire/EMS Station 812 found smoke coming from the building and quickly located and extinguished a fire in the kitchen of a second floor unit.  The fire was declared out at 7:10 pm.

The fire caused enough damage to displace 9 students from at least 2 apartments. The County Citizen Services Unit assisted the displaced occupants with temporary housing. No injuries were reported.

The fire appears to have started from an unattended candle that was lit earlier as part of a Hanukkah Menorah. The residents stated they stepped out for only a moment to return and find their apartment on fire. Fire loss estimates are still being tabulated.

Posted by PGFD at 8:25 PM No comments: Links to this post

In response to a request from a young man with terminal cancer wishing to receive Christmas cards from public safety personnel, Chief David Mitchell of the University of Maryland Police Department, organized an absolutely wonderful event.  Chief Mitchell pulled together all members of Public Safety and created a Christmas card for Nathan.

The image shows firefighters, medics, EMT's, civilian personnel and police officers holding the message for Nathan in their hands.  Bravo to Chief Mitchell for going above and beyond; you still have it Chief!!! 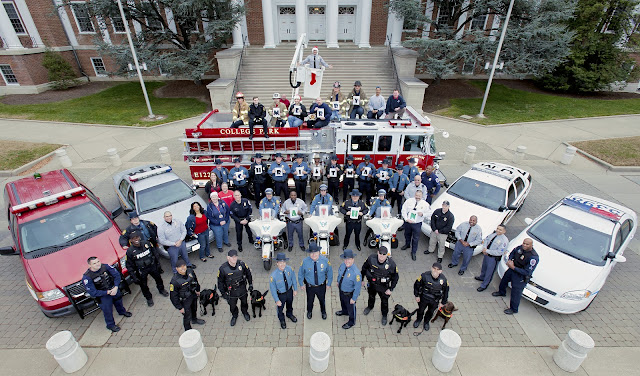 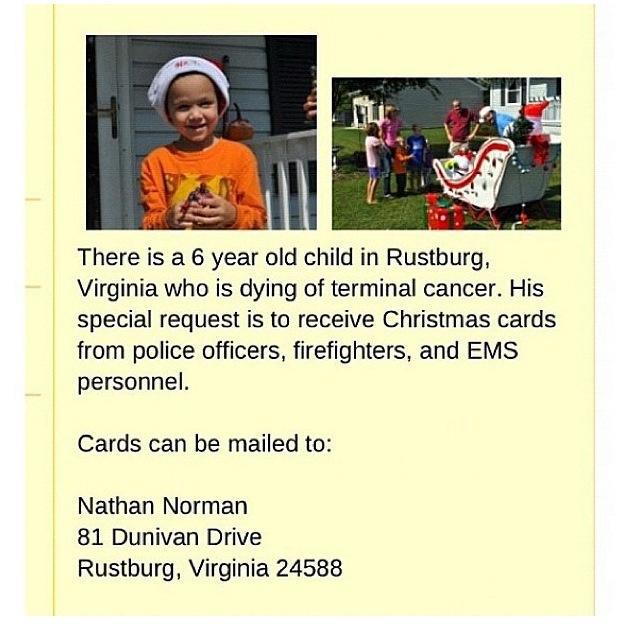 Mark E. Brady
PGFD Chief Spokesperson
Twitter @PGFDPIO
Posted by PGFD at 11:48 AM No comments: Links to this post