Prince George's County Fire Chief Marc S. Bashoor updated members of the media and community today in front of the home where an 83-year-old man lost his life on Christmas Eve morning.  During his update Bashoor officially released the names of the two deceased individuals from the Christmas Eve fire and also from the one occurring early Christmas morning.  Chief Bashoor also announced a "Adopt A Neighborhood" program and an internet based GIS program to track homes that have working smoke alarms and those that need them.

Here are Fire Chief Bashoor's comments from the press conference.

We welcome everyone to a beautiful sunny morning – a sun that only briefly masks the grief that several families and our Fire/EMS Department in Prince George’s County have experienced over the past 2 days.

We’re standing in front of this burned out home, where 83 year old Kenneth Sowder lost his life in a Christmas Eve fire.  Another occupant of the home smelled the smoke from the fire – a fire that probably started about 8:15 a.m..  I say probably 8:15, because it took time for that fire to develop, and for the smoke to make it down to the bedrooms where both occupants laid.  Sadly, there was no working smoke alarms in this home to give both occupants early notification of the growing fire.  The first calls came into the 911 Center at 8:30 a.m. – by that time, the fire was already well advanced.  Helped by neighbors, the female occupant was able to exit the home through a window.  Firefighters were able to quickly reach Mr. Sowder, remove him to the outside, and immediately begin advanced life support efforts.  Sadly, Mr. Sowder succumbed to injuries from the smoke and fire.  Fire investigators have determined that a space heater too close to combustibles was the cause of this fire.

Fast forward to Christmas morning, about 2:15 a.m.  A working smoke alarm in a duplex on Booker Drive in Seat Pleasant, awoke 2 sleeping residents.  Experiencing very similar circumstances, one occupant was able to jump out of a top floor window, while that occupant and neighbors tried valiantly to pull 84-year-old Fannie Kirkland out of another top floor window – That attempt was complicated by the high windows and an open staircase inside the home, which unfortunately provides an internal chimney for heat and smoke to rapidly expand.  While the working smoke alarm gave the residents early warning and extra time to try and escape, sadly the results on Booker Drive were the same as here on Park Drive.  One occupant was able to escape through a window, while firefighters were unable to get to 84-year-old Fannie Kirkland in time – she succumbed to the smoke and fire in an upper floor bedroom.  This fire remains under active investigation.

Even with these sad events, Prince George’s County has experienced a 70% reduction in fire fatalities in 2014 over 2013.  There is a very sobering statistic though, that needs immediate attention.  Four of the five fire fatalities this year occurred in residential dwellings where we found NO WORKING SMOKE ALARMS… let me say that again, 4 out of 5 fire deaths in the past year occurred in homes where there was NO WORKING SMOKE ALARM.  Three of the 4 fatalities have been in single family homes here in Bowie communities.  Staff and I will be addressing the City of Bowie Council meeting on January 5 as part of a public education effort.  As Fire Chief, I take each and every one of these fatalities personally – frankly I approach them partially as a failure of our fire prevention and fire safety public education efforts, not that we did anything wrong, but we obviously need to do more.  We should be at ZERO.

While the 4 out of 5 fatalities in homes with NO WORKING SMOKE ALARM is a sobering statistic, we have also documented over 3 dozen instances in 2014, where working smoke alarms have successfully alerted residents to a fire in their home – 9 of those instances actually awoke residents from a deep sleep.  On December 21st, the Rojas family was alerted to a fire in their Bunker Hill home by their smoke alarm – all 4 family members escaped unharmed.  In fact, until the tragic Booker Drive incident, EVERY ONE of those alerted by those smoke alarms in 2014 was able to escape uninjured.  Despite Mrs. Kirklands tragic death, the early notification those smoke alarms provided is a success story that every resident listening to me today, should take to heart.

Prince George’s County enacted legislation in 1982 that REQUIRES smoke alarms in every residential dwelling unit.  Further, in 1987, Prince George’s County enacted legislation that requires residential sprinklers in all new homes.  The smoke alarm legislation was retro-active to ALL homes, the sprinkler legislation only affected new homes or major renovations moving forward.  The Prince George’s County Fire/EMS Department has some of the best fire prevention legislation in the United States, however we continue to have fire fatalities in homes that we find unprotected.
We have wonderful corporate relationships with PEPCO, KIDDE, & FIRST ALERT along with others, who donate smoke alarms and carbon monoxide detectors to the Department annually.  Our firefighters and paramedics, operating out of 45 neighborhood fire/EMS stations come out to homes and install these alarms FREE of charge – we KNOW that working smoke alarms save lives, but clearly we need to do more.

Today, as a direct result of this fire and the others like it, I am announcing a renewed effort within our Safe Families Program.  While Firefighters and paramedics will be going door-to-door after this press conference here in this community, and this afternoon in the Booker Drive community as part of our Post Incident Neighborhood Intervention Program (PINIP), as neighbors within these communities, we can NOT let the effort stop when we leave these two communities today.  As part of the Neighbors-Helping-Neighbors initiative, I am calling on all of our neighborhoods to help us out – the Fire/EMS Department can NOT do this alone.

We are developing a new Adopt-A-Neighborhood effort where we will ask neighborhood businesses to step up and help us fund the smoke alarm and carbon monoxide detector effort.  The Fire/EMS Department will track the Neighborhood efforts, with a web-GIS based program that will verify homes have been properly equipped and tested.  The Fire/EMS Department will continue to install the alarms (as long as we have a supply), free of charge to those who are unable to afford their own.  If you have a detector or alarm and just need a little help putting it up or checking it, call 311 and we will come put it up the same day that we receive the information.  The Adopt-A-Neighborhood effort will endeavor to develop improved fire prevention and public education efforts, using the both paid and volunteer members of our Fire/EMS Department who already operate in our neighborhoods.  We will not just come and go – we will remain in the neighborhood until all homes are protected, and we will develop lasting Neighbors-Helping-Neighbors efforts that will ultimately improve everyone’s safety.

I am pleased to announce the first business who has stepped up to Adopt–A-Neighborhood.  The International Association of Firefighters and Paramedics, Local 1619, whose corporate offices are located on Melford Boulevard at the entrance to this neighborhood, has agreed to adopt the Sherwood Manor neighborhood.  The Local will work with the Department to identify funding to ensure every home in this neighborhood is safer.

I am challenging any business, municipality, 501c3, or other business entity within our neighborhoods to step up and participate in this program.  I said it before, it bears repeating… Your Fire/EMS Department can NOT do this alone, and it is clear that our neighborhoods need help.  Any business or neighborhood entity willing to become a partner in the program is urged to call the following number; 301-864-SAFE (7233).  As we develop the mechanisms to track the information and expand our Adopt-A-Neighborhood program, I am confident that we will experience a safer Prince George’s County.

President of the Prince George's County Professional Firefighters and Paramedics Association, IAFF Local 1619, Andrew Pantelis spoke on his organizations commitment to ensuring homes are equipped with working smoke and carbon monoxide alarms.  Pantelis challenged other organizations and businesses to step and join the program that will save lives.

Firefighters will also conduct a PINIP in the Capitol Heights neighborhood on Booker Drive this afternoon at 4:00 pm. 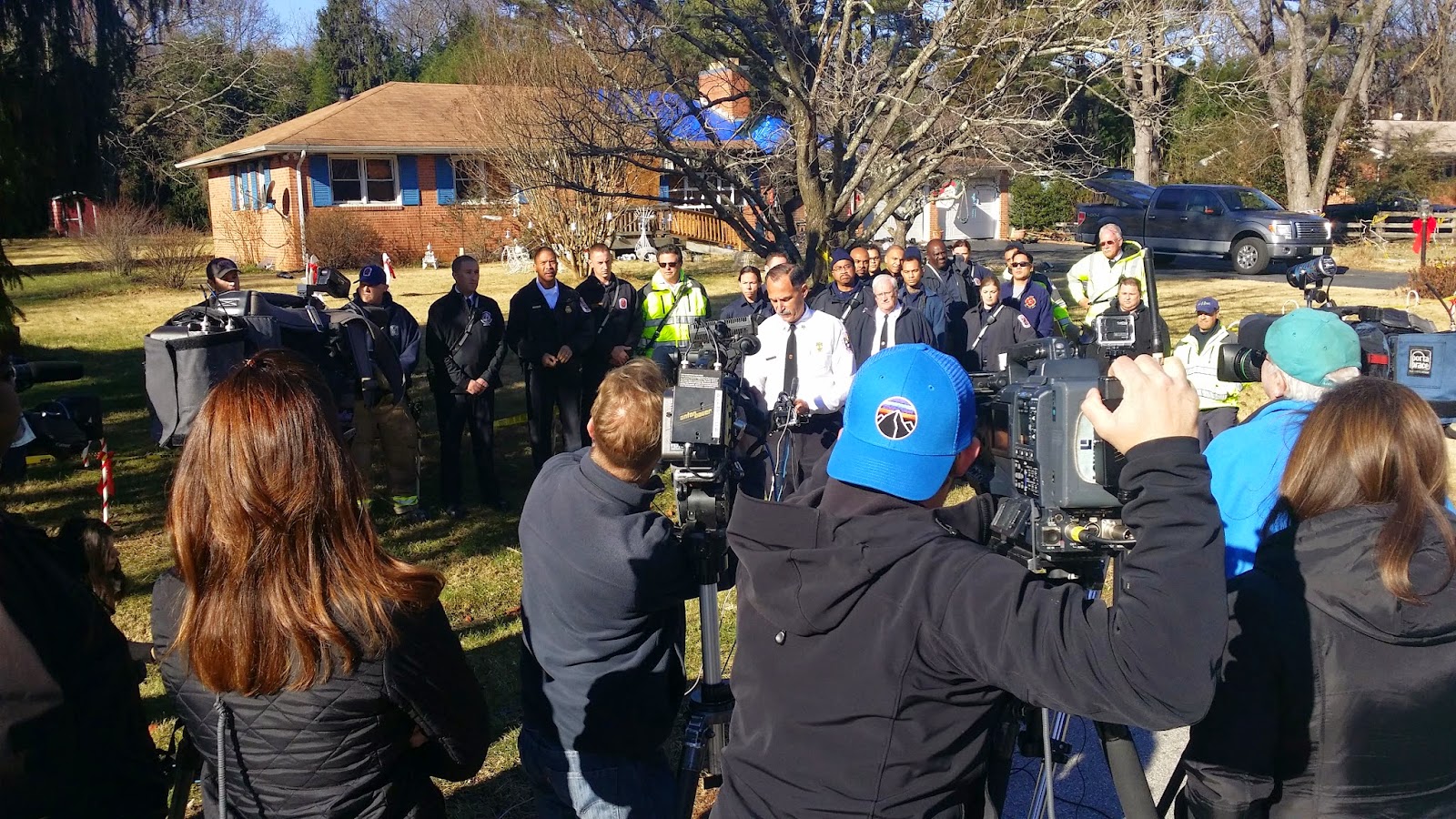 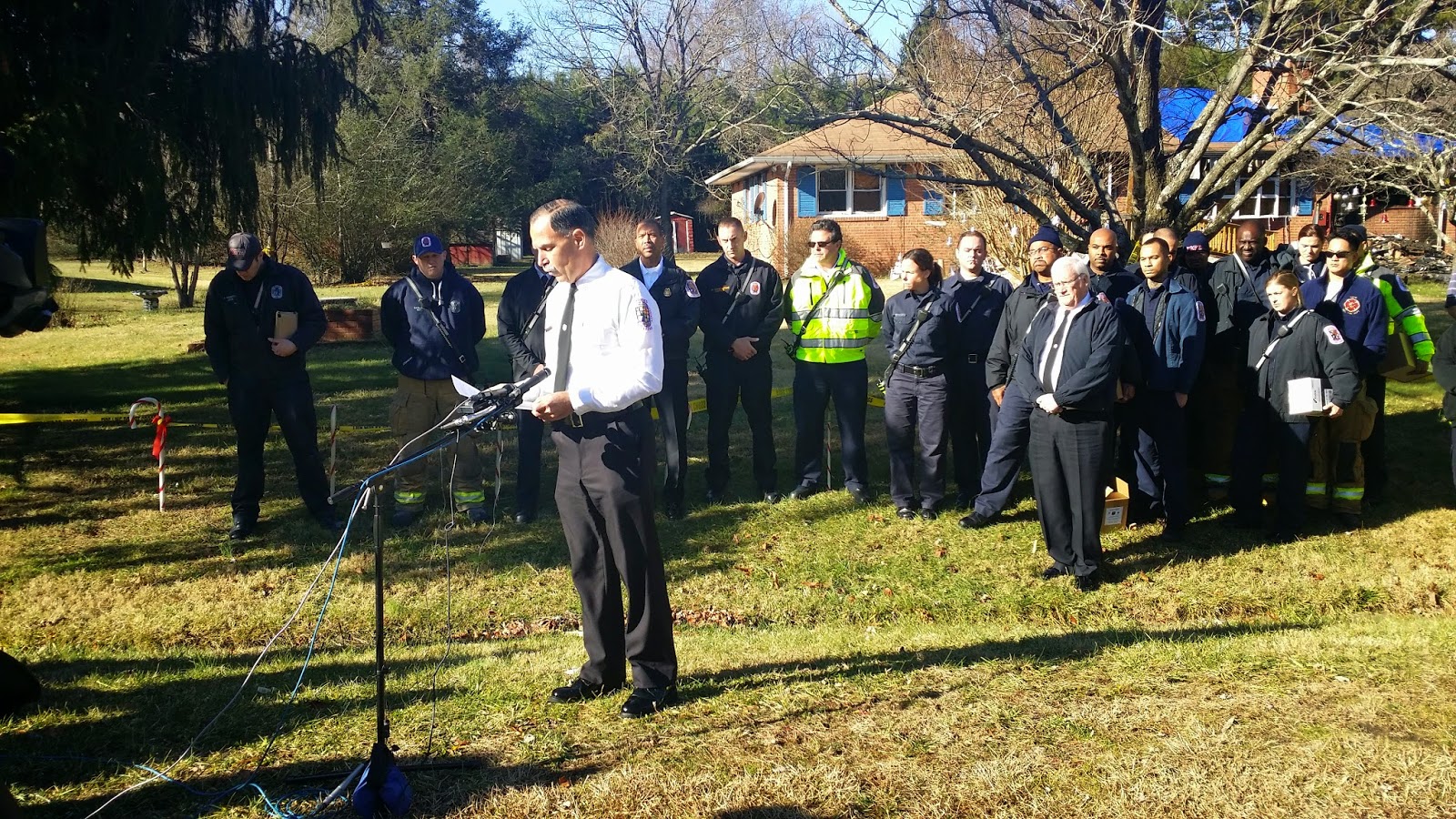 Posted by PGFD at 5:37 PM No comments: Links to this post