Mourning the Death of One of Our Own Today- Bridgette P. Wilson

The Prince George's County Fire/Emergency Medical Services (EMS) Department is mourning the loss of one of our own today.  Bridgette P. Wilson, a 29+ year civilian member of the Department, suffered a medical emergency while at her desk in the Information Management office at Headquarters this morning.  Despite the very best efforts of everyone involved in her resuscitation, our beloved Bridgette passed away early this afternoon.

It is with profound sadness that I announce the death of Administrative Assistant Bridgette Wilson. Bridgette collapsed in her office this morning and was aggressively treated by Fire/EMS personnel, as well as by the staff at Prince George's Hospital Center.  Bridgette put up a valiant fight, but unfortunately passed away from an unknown medical emergency.

Bridgette served as an Administrative Assistant II for over 29 years with our Department.  She was a loyal and dedicated employee who often went above and beyond to ensure our Department mission never fails.  As details become available, notifications will be made by County email.  Please continue to pray for the Wilson family and her co-workers.

I want to personally thank the Fire/EMS personnel, both sworn and civilian, that made every effort to assist Bridgette in her time of need.

Early this morning, Shop Steward Bridgette Wilson was transported from the Largo Government Center to Prince George's Hospital Center after she was found to be unresponsive at her desk and suffering from a medical emergency.

Our Department members assigned to the LGC, then from Fire Stations 806 and 846, immediately came to Bridgette's aid. They worked diligently to treat and care for her and were able to stabilize her during her transport to the hospital.

Once she arrived at PGHC, Bridgette's condition continued to deteriorate.

After fighting tenaciously for several hours, Sister Bridgette Wilson tragically passed away surrounded by her family, close friends, Chief Barksdale, myself, and several members of the Union leadership and Command Staff.

Our Department and Union have once again suffered a tremendous loss. I would like to thank all of our members who have offered their assistance, prayers, and condolences. As we prepare to honor our fallen Sister, we are doing everything necessary to ensure that her family is cared for.


If you have ever attended a Fire/EMS Department function, you more than likely witnessed Bridgette performing the National Anthem.  Wilson also served as the Civilian Shop Steward for IAFF Local 1619.

Here is a video of Bridgette providing the National Anthem at a recruit graduation in September 2014.


Arrangements will be posted when they become available.

The following profile on Bridgette was posted September 12, 2012. 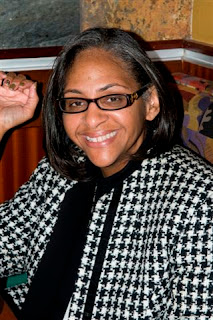 You just never know  where you will see or hear Bridgette P. Wilson, a 25-year employee of the Prince George’s County Fire/Emergency Medical Services (EMS) Department. Bridgette is an Administrative Assistant assigned to the Information Management office, where she has worked for the past 15 years. Information Management is located at the Fire/EMS Department Headquarters in Largo. She handles a myriad of technical issues which includes email issues, employee self-service, computers, printers, cellular telephones, and Department incident reports, just to name a few.

Bridgette enjoys photography and singing in her spare time. She is often heard singing the National Anthem at Department events; recruit graduations, promotional ceremonies, ribbon-cuttings, opening ceremonies at the IAFF Local 1619 Softball Tournament, as well as the Bowie Baysox Stadium.

Bridgette was hired and assigned her first 10 years on the Department to Human Resources and Recruitment office and to the Bureau of Fire/Rescue Operations (BFRO). Her office was located at the Stone Building in Upper Marlboro, which was relocated to Brightseat Road in Landover. One of Bridgette’s first assignments included working at BFRO, when the Fire Service Building was located on Rhode Island Avenue in Brentwood.

Bridgette Wilson resides in Brookside Park in Oxon Hill. She is a very proud mom of her only child, Phillip; 22 years of age, who recently graduated with Honors from South Carolina State University with a Bachelors Degree in Chemistry.

When asked what her favorite thing to do when not working for the Fire/EMS Department, Bridgette said, “I sing in a gospel band 'Posse 4 Christ' with my two brothers and a few friends. We celebrated 10 years in ministry in April 2012. We perform at Community Days, and various venues throughout Maryland, DC and Virginia. We released our current album on July 20, 2012, entitled 'Grateful'. It’s filled with various genres of music in the 11 songs on the release. I have been singing in the church choir since I was a child. As I grew up and started singing solo, I was invited to sing only at funerals. Some would think that’s awful, but when one realizes that you can bless people with your voice in their lowest times it’s great! Weddings are great too though!” said Wilson.

Being a part of the gospel band is very demanding and Bridgette sacrifices her time, talent and energy just about every weekend, “Serving the Washington, DC, Metropolitan Area in song,” said Bridgette. 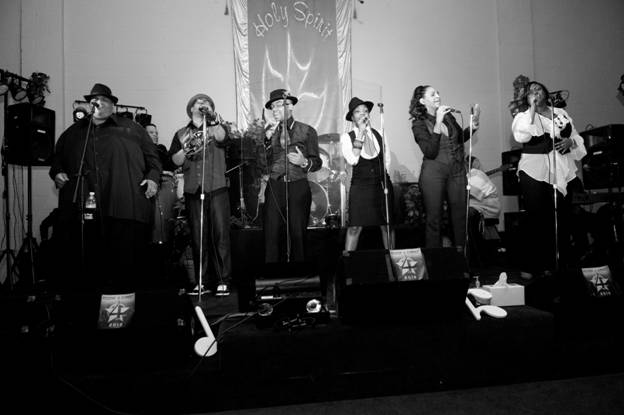 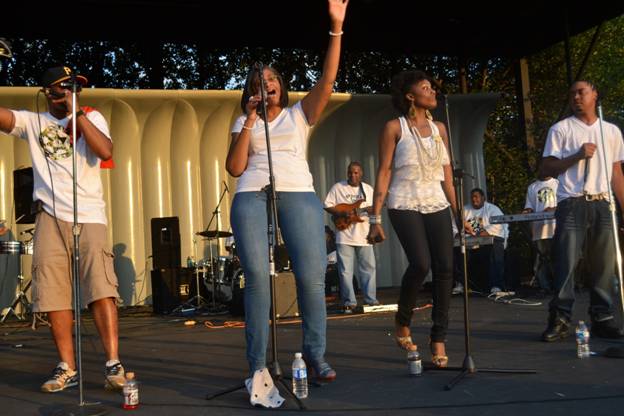 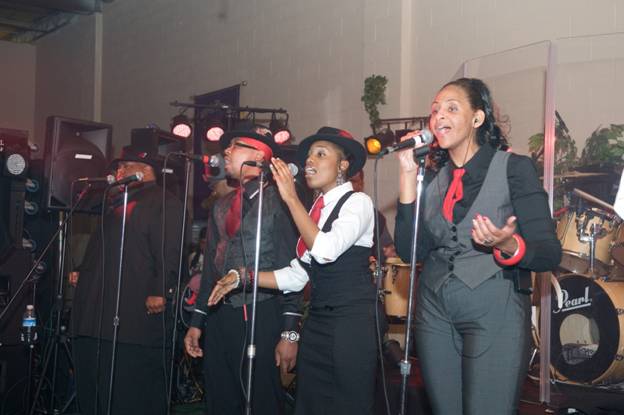 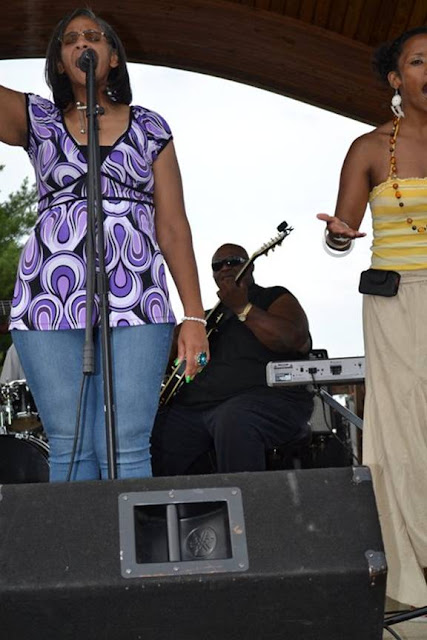 Bridgette’s future plans include continuing to work for the Fire/EMS Department and ministering when she has the opportunity. 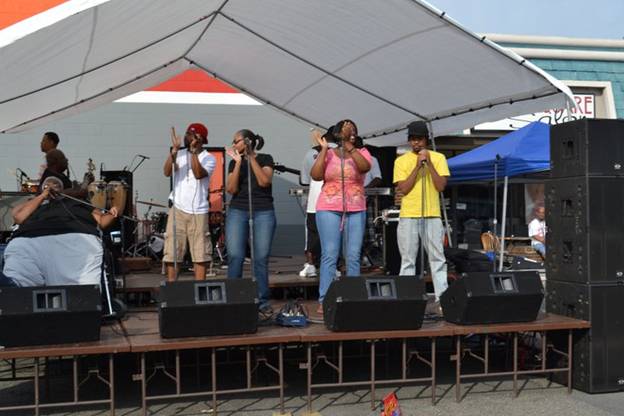 Posted by PGFD at 3:52 PM No comments: Links to this post

Posted by PGFD at 10:19 AM No comments: Links to this post

·      Buy only heaters evaluated by a nationally recognized laboratory, such as Underwriters Laboratories (UL).

·      Check to make sure it has a thermostat control mechanism, and will switch off automatically if the heater falls over or if placed too close to an object.

·      Heaters are not dryers or tables; don't dry clothes or store objects on top of your heater.

·      Always unplug your electric space heater when not in use.

·      Never use an extension cord with space heaters - plug directly into wall socket.

·      Remove the kerosene heater outdoors, turn off and wait for it to cool down before refueling and only use the correct type of fuel. 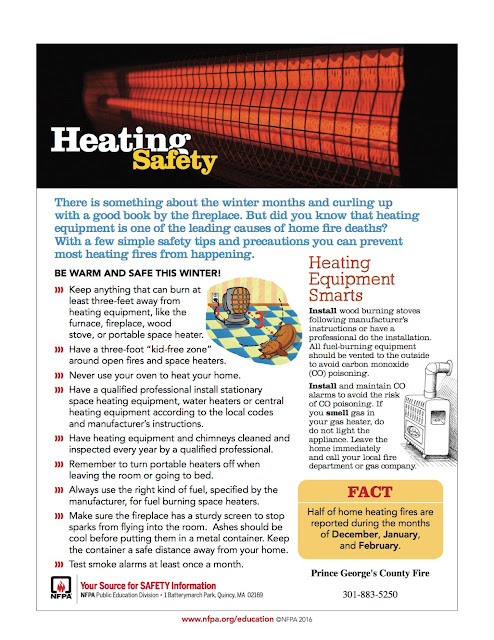 Posted by PGFD at 9:53 AM No comments: Links to this post