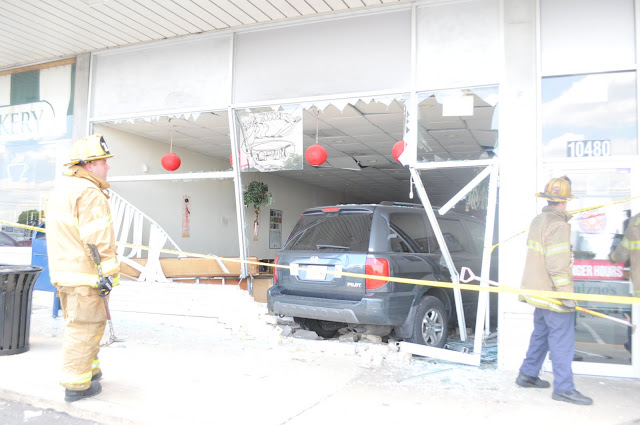 MEDIA CONTACT: Mark E. Brady, Chief Spokesperson, 240-508-7930
The lunch hour at a Beltsville restaurant came to a sudden closure when a vehicle crashed through the front of the store injuring 3 patrons. At about 12:30 pm, Friday, June 25, 2010, almost 2 dozens patrons and employees of PHO 88 Restaurant, part of a strip shopping center, in the Chestnut Hill Shopping Center were horrified when a Honda Pilot SUV came crashing through the brick and glass store front. Three patrons, adult males in their 30’s, sustained minor injuries and were transported by paramedics to an area hospital. The two adult female from the Honda were not injured.


The PHO 88 restaurant, 10478 Baltimore Avenue, sustained significant damage. Firefighters shut off the utilities to the store and inspected the structural integrity for possible collapse. A building inspector officially declared the structure uninhabitable and closed the store until repairs could be made.

It is unfortunate that 3 patrons sustained injuries and the structure suffered damage, however, we are fortunate that only 3 minor injuries occurred. The potential for serious or fatal injuries was a possibility. The Prince George’s County Police Department is conducting an investigation into how and why the vehicle suddenly accelerated into and through the front of the store. 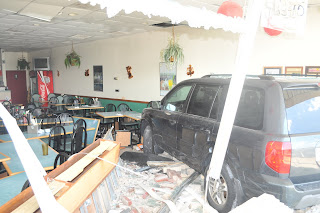 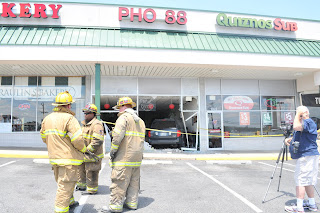