Personnel from the Prince George’s County Office of the Fire Marshal have recently arrested two individuals on separate and unrelated incidents.

On January 18, 2014, a warrant was issued for 20-year-old David L. Reshenber of New Carrollton.  The warrant charged him with making an Arson Threat.  This is a misdemeanor charge, punishable by up to 10 years in prison if found guilty.  The threat was made against the McDonalds at 10531 Baltimore Avenue in Beltsville.  Reshenber was arrested on January 29, 2014 and released pending a hearing.

These charges are related to an auto fire that occurred on November 30, 2013, at Creston Street and 50th Avenue in Bladensburg.  Brown was arrested on January 28 and released  pending a hearing.

Prince George's County Fire Chief Marc Bashoor stated, "Anyone who thinks they can commit a crime of arson, or even threaten to commit arson and get away with it in Prince George's County,  is wrong.  We have a talented group of Investigators that are relentless in pursuing individuals responsible for these heinous crimes."
Posted by PGFD at 2:35 PM No comments: Links to this post

A townhouse fire in Laurel displaced 9 residents and injured one firefighter.  On Wednesday, January 29, just after 7:00 pm, firefighters from Laurel and surrounding communities were alerted to a townhouse fire in the 400 block of Compton Avenue.  Firefighters arrived to find heavy fire coming from a 2-story, end of the row, triplex, townhouse.   An interior attack on the fire and simultaneous search of the structure commenced before conditions became untenable and all personnel evacuated the structure.  Using hand lines and large master streams from ladder trucks the fire was brought under control from the safety of exterior positions.  Once safe to do so, firefighters re-entered the structure to complete extinguishment, which required about 45 minutes to 1 hour.

Firefighters from Howard, Montgomery and Anne Arundel Counties assisted firefighters from Laurel and throughout northern Prince George’s County on this fire.  A 2nd Alarm was sounded with most of those units staging nearby in the event they were needed.

A Firefighter from Laurel Fire/EMS Station 810 received burn injury to both ears while fighting the fire.  He was treated and released from the Burn Unit at Medstar Washington Hospital Center.

The cause of the fire remains under investigation and is listed as “undetermined.”  Fire loss is estimated at $300,000 for contents and structure.

The attached images are from some of the numerous images posted on social media.  We thank the photographers for allowing us to post them. 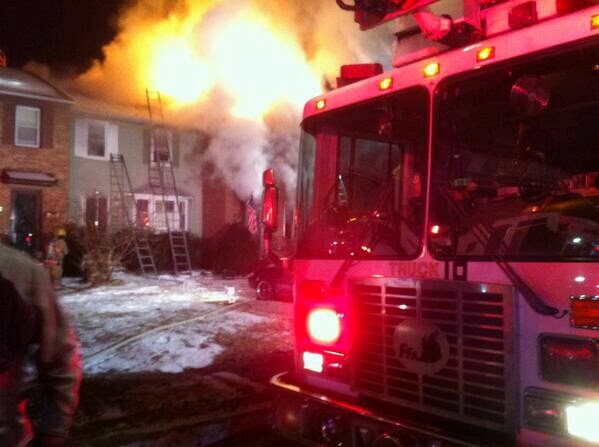 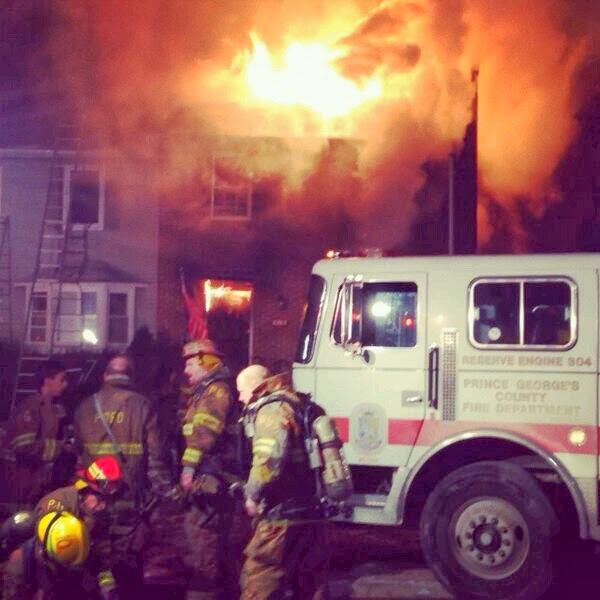 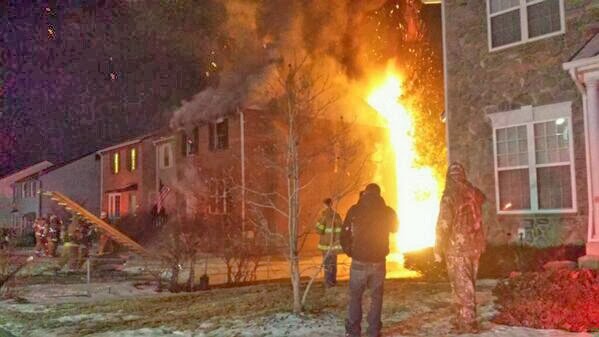