The Prince George's County Fire/Emergency Medical Services (EMS) Department commenced Career Recruit School #48 on Monday, June 2, 2013.  The class consists of 45 firefighter/medic recruits.  On Tuesday, June 4, Fire/EMS Chief Marc Bashoor greeted the recruit class with the Departments Command Staff.  Chief Bashoor opened his comments to the recruits by saying, "Recruits of Class 48, I want to open my remarks this morning by impressing upon you my core belief that, in accepting the call to serve the citizens of our great County, you have been presented with a noble and distinct challenge and an incredible opportunity to spend the next twenty years making this small corner of the world a better place." 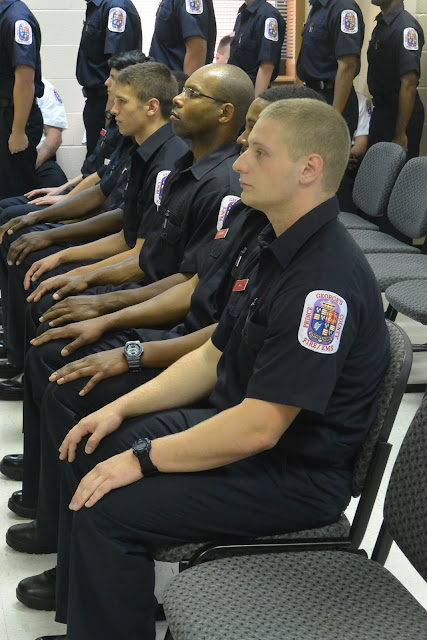 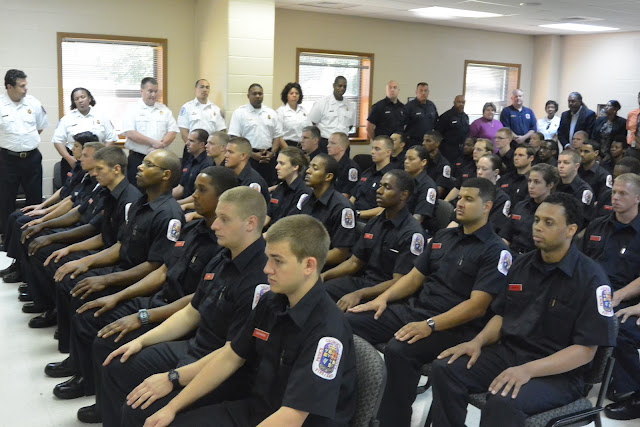 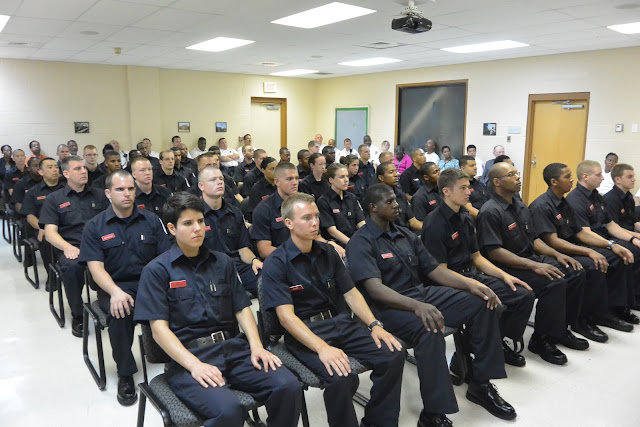 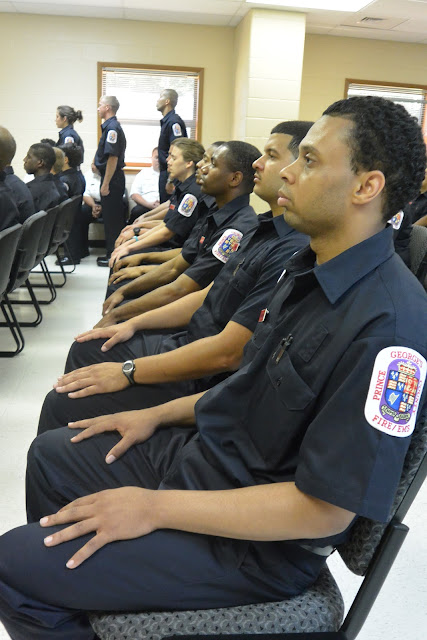 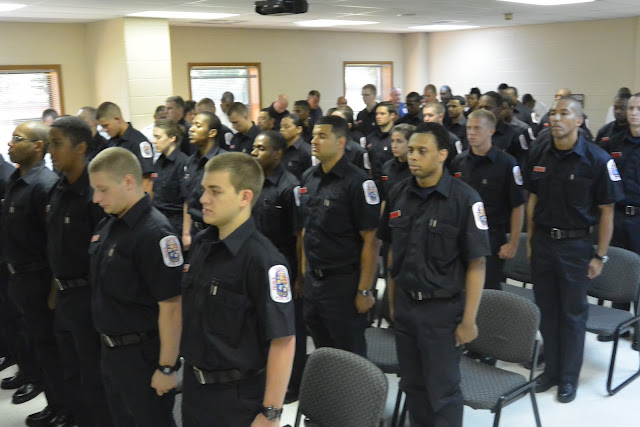 
Posted by PGFD at 2:54 PM No comments: Links to this post