A Glenn Dale resident sustained burn injuries after a fire ignited his house early this evening. Nearly 60 firefighters battled the house fire for about 1 hour before knocking down the bulk of the fire.
Fire/EMS units were dispatched around 7:30 pm, Thursday, to a single family home in the 7800 block of Northern Avenue.

First arriving units advised of heavy fire conditions throughout the house and initially attacked the fire from the safety of exterior positions.

An adult male home occupant, in his 50's, sustained burns to his upper body. He was transported by paramedics to a Burn Unit in "good" condition.  No other civilian or firefighter injuries were reported.

The structure and contents are a total loss. Fire loss is estimated at $150,000.  The cause of the fire is under investigation. 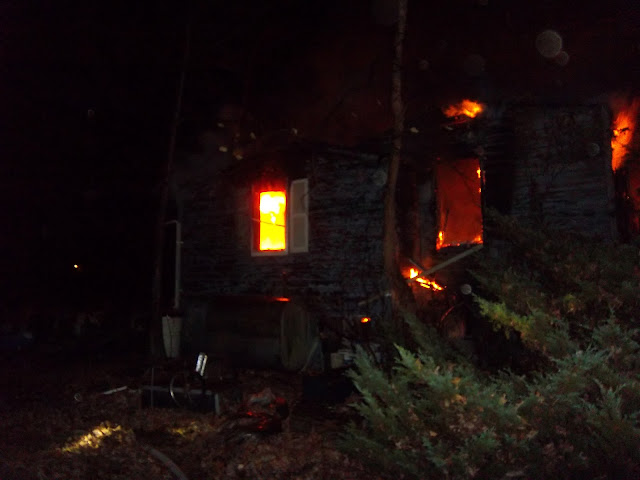 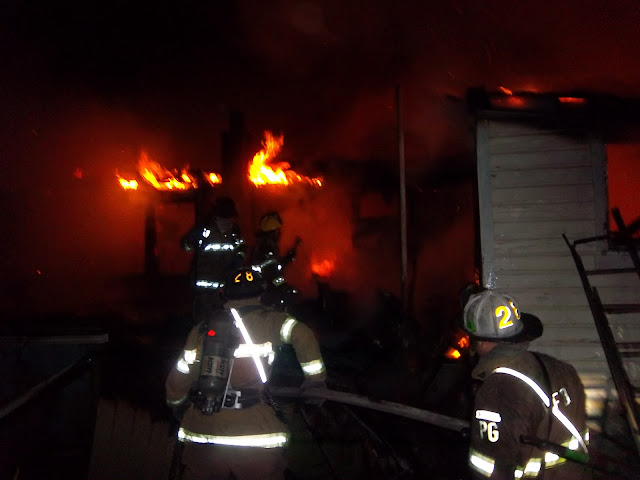 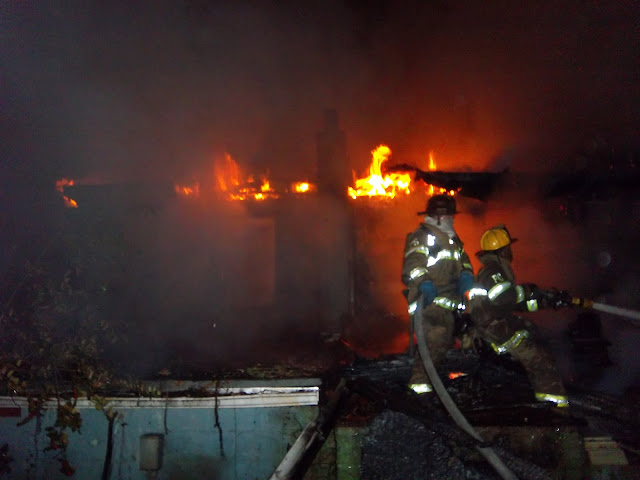 These photos are provided courtesy of James R. Davis 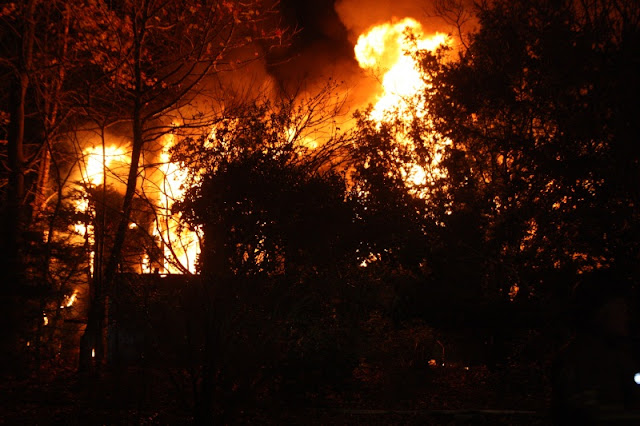 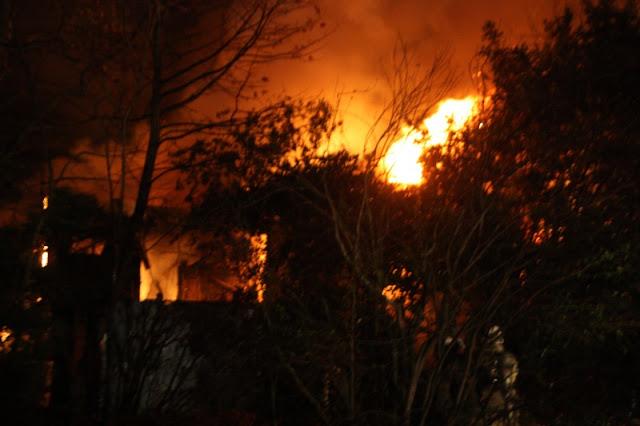 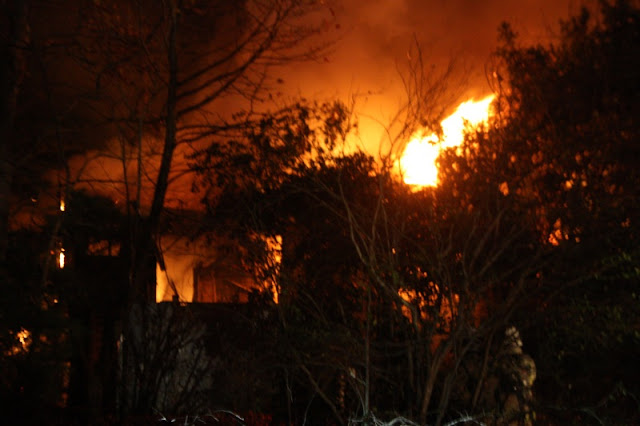 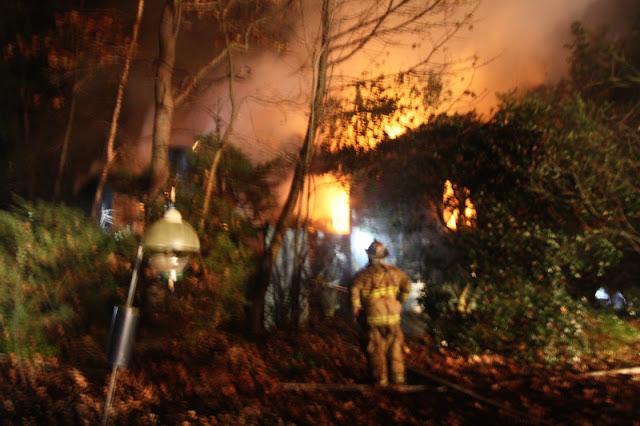 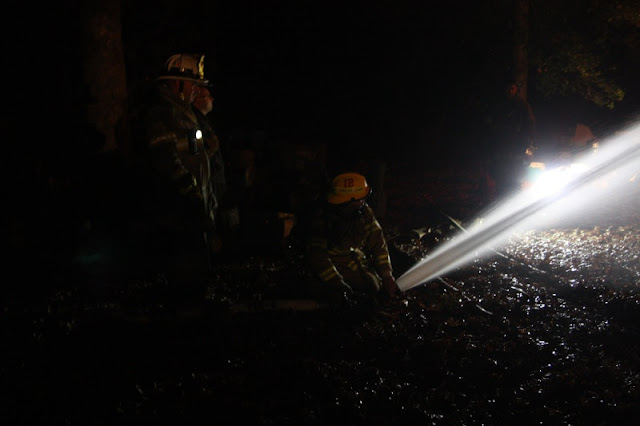 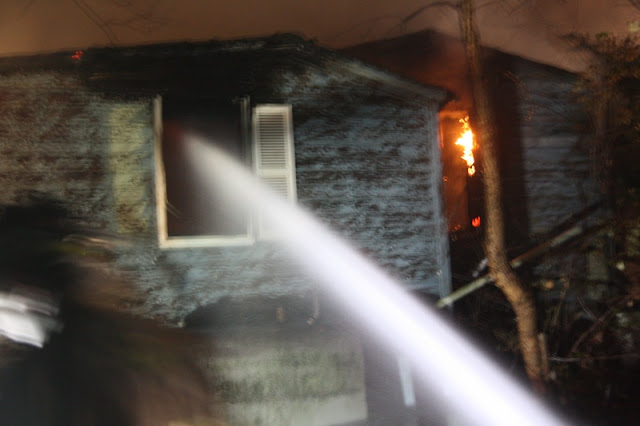 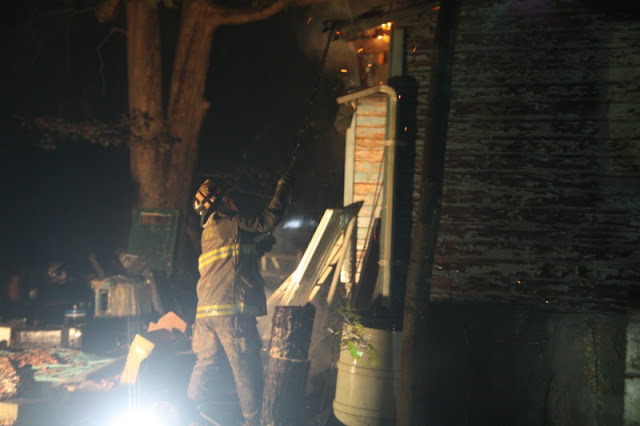 Posted by PGFD at 8:42 PM No comments: Links to this post 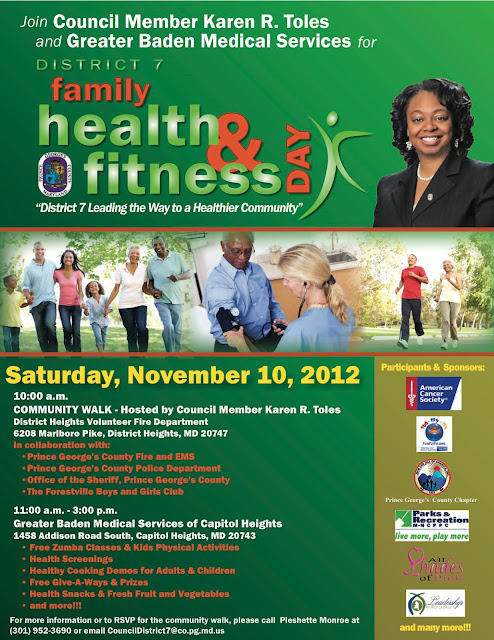 Posted by PGFD at 2:14 PM No comments: Links to this post

Assistant Chief George is Publications "Hero of the Heat Wave" 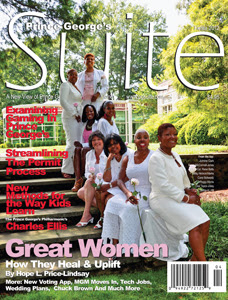 Congratulations to Assistant Fire Chief Erroll W. George for being recognized by a local publication. The recently published Fiesta 2012 Edition of the Prince George’s Suite Magazine highlighted Assistant Chief George’s work during the summer calling him a “Hero of the Heat Wave.” The article details George’s approach to keeping everyone, including our firefighter/medics, safe and healthy. Erroll George serves as the Fire/EMS Departments Risk Management Coordinator.

Congratulations Assistant Chief George and thank you for all you do!!!

Super Storm Sandy had a significant impact along the Atlantic Coast especially in New Jersey and New York.   Communities in these areas suffered the brunt of the storm with some recovery efforts measured in months and years.  Within these same communities many firefighters suffered personal losses and many front line resources, including stations and apparatus, were damaged or totally destroyed.

In most communities the fire station is the place where everyone goes for help.  These firefighters, some struggling with personal losses, are struggling to provide the help that is needed and are asking firefighters from around the Country to help them to help others in need.

Countless worthwhile relief efforts have been established to help those effected by the storm.  While the decision to assist and which effort you choose to donate to is a personal one there are three efforts that I would like to bring to the attention of the firefighting and EMS family.  These efforts target firefighters, paramedics and EMT’s specifically.

The Prince George’s County Fire/Emergency Medical Department (PGFD) is seeking the donation of usable uniforms that can be worn by emergency personnel as they go about their job of helping others in the devastated areas. Fire Chief Marc Bashoor also explains why it is important not to self-deploy to effected areas as you may become part of the problem.  To read about this relief effort please click here.

The Bunker Hill Volunteer Fire Department, PGFD Station #855, is coordinating a relief effort to collect items that will be sent directly to firefighters in one of the devastated communities.  Firefighters are helping their residents and need help to do so.  Additional information, including the list of items that are most needed can be found by clicking here.

The National Fallen Firefighters Foundation, at the request of the FDNY Counseling Services Unit, is soliciting donations of specific items to assist as many as 1000 FDNY families who have homes that were lost or badly damaged by Hurricane Sandy.  To see this donation request please click here.

Posted by PGFD at 11:36 AM No comments: Links to this post