Fire Ops 101 is an opportunity for participants to experience the emergency situations that Fire and EMS personnel must be prepared to deal with on a daily basis.  Prince George's County Executive Rushern L. Baker III attended Fire Ops 101 for the second time and was joined this year by Howard County Executive Ken Ulman and States Attorney Angela Alsobrooks.

Events included everyone being fit into properly fitted in to personal protective equipment which included  a full set of firefighters turnout gear and self contained breathing apparatus.

Scenarios included a live fire exercise in a "burn building" at a temperature of around 600 degrees, a firefighters maze, stretching and charging a hose line and nozzle and a demonstration of hands-only CPR. A demonstration from our Technical Rescue Team, Fire Investigations and Bomb Squad rounded up the days events.

The goal of Fire Ops 101 is to provide elected officials, civic leaders, government employees and members of the media with a real life experience and greater appreciation for the physical demands and dangers that are placed on firefighters and paramedics during hazardous situations they are called to mitigate in our communities every day.

We were pleased to have several members of the media participate with us and experience a day in the life of a firefighter.  We look forward to seeing, reading and hearing their stories: 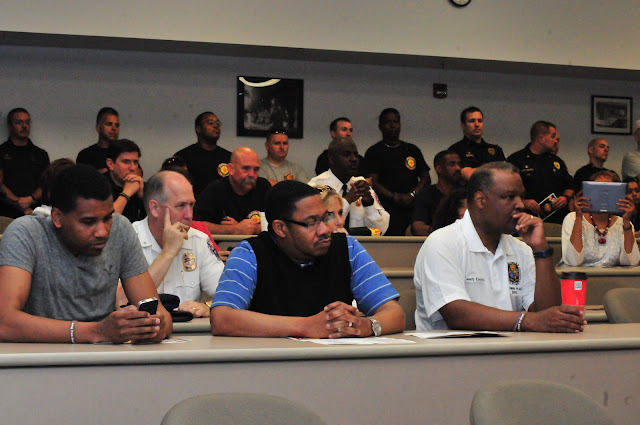 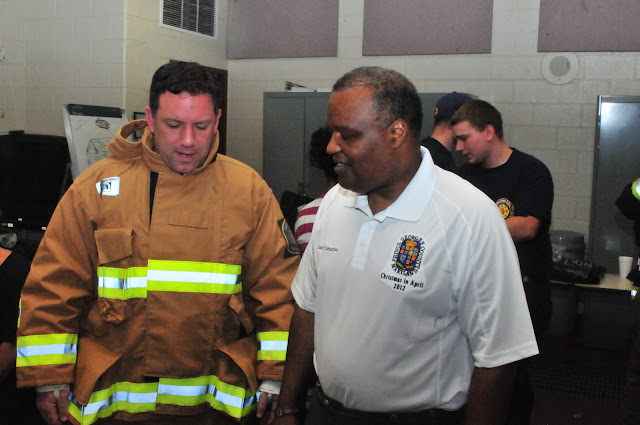 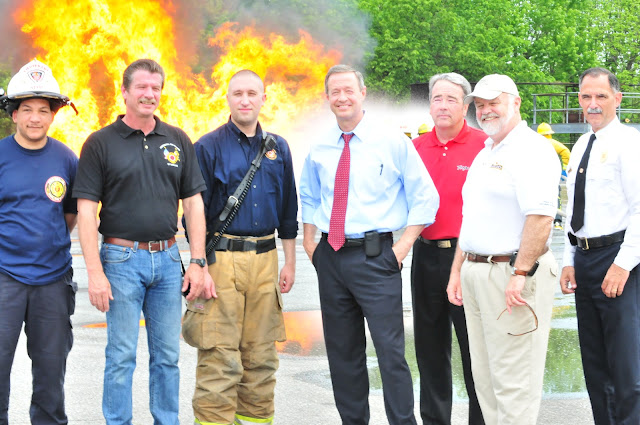 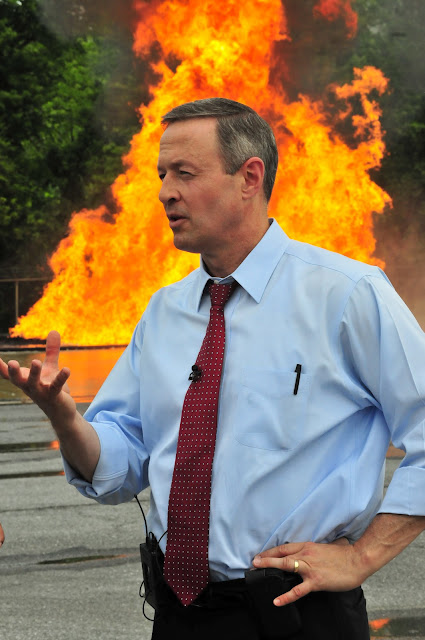 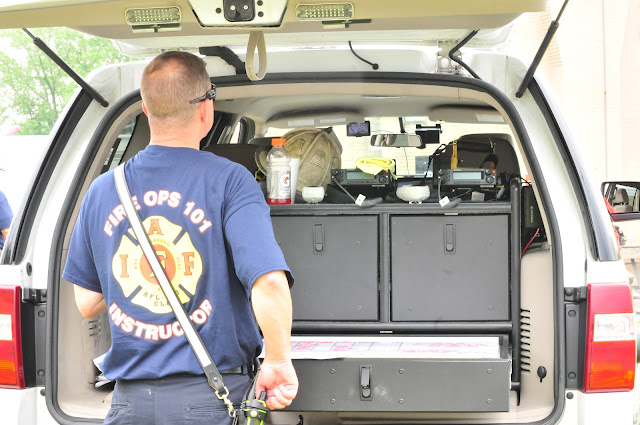 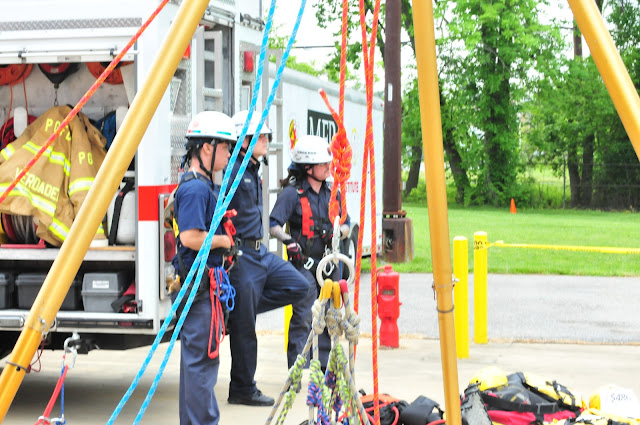 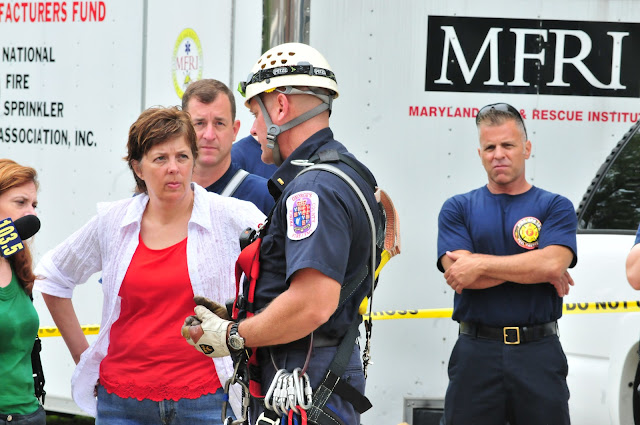 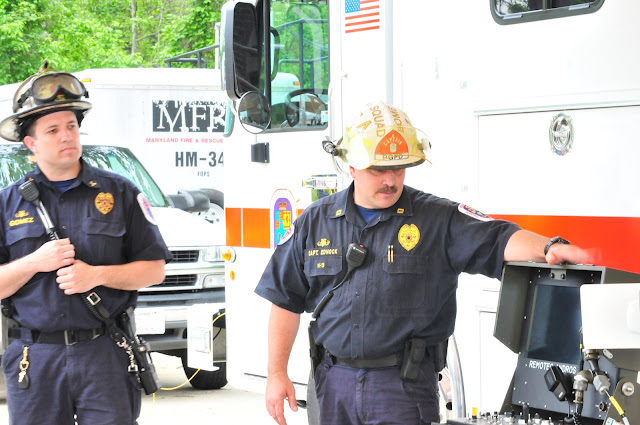 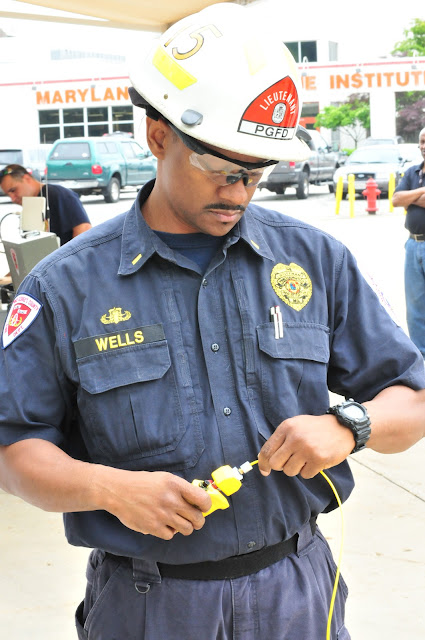 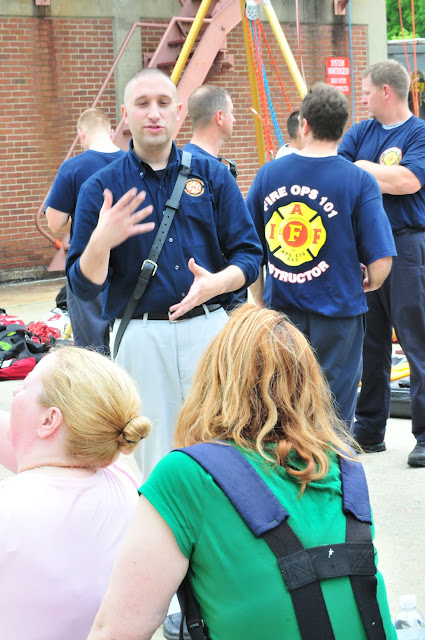 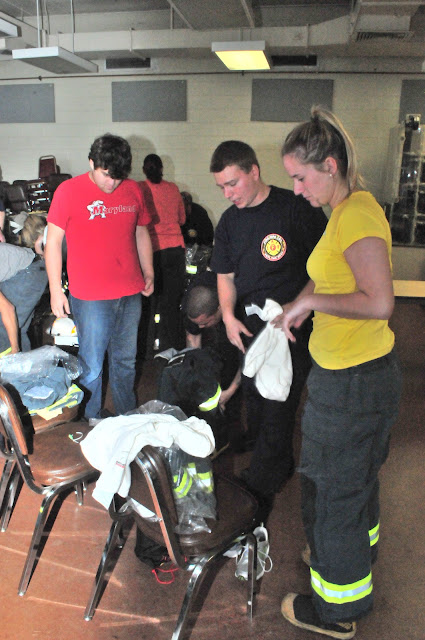 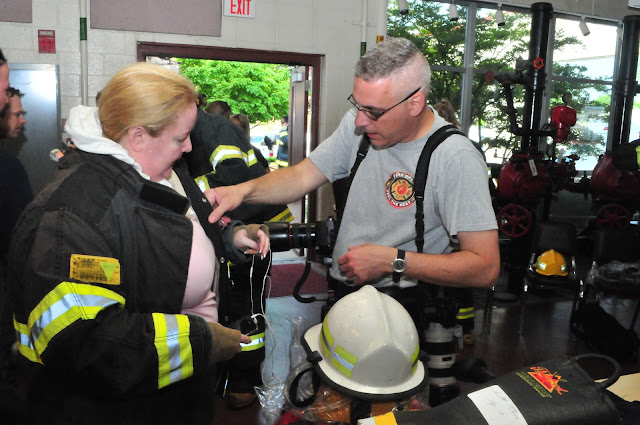 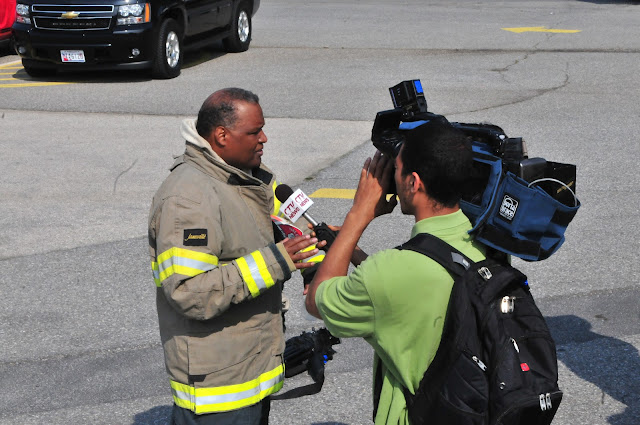 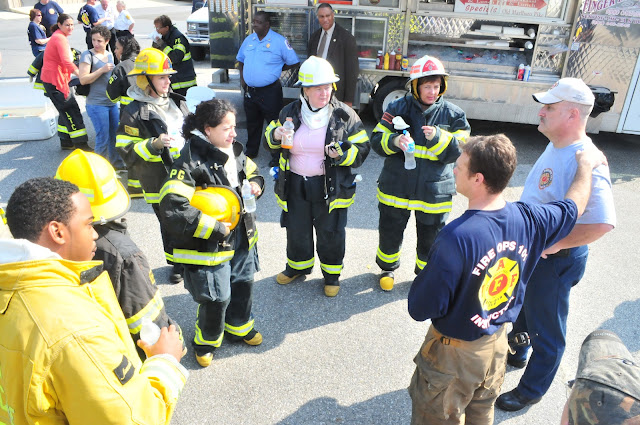 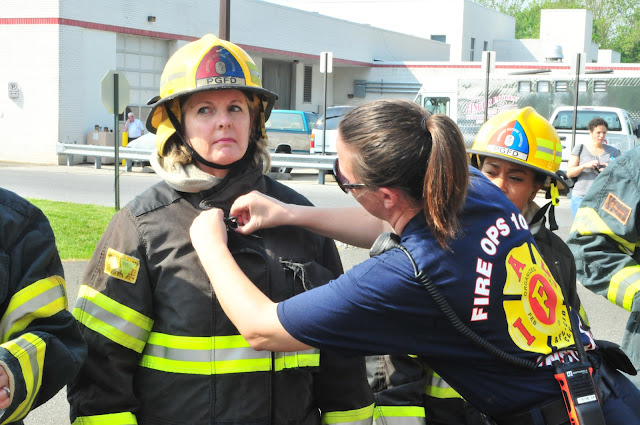 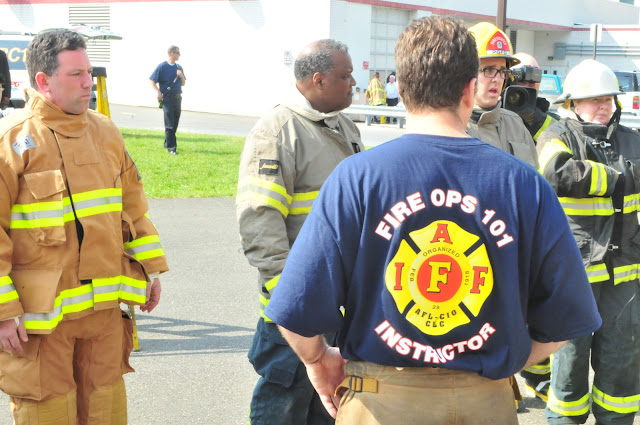 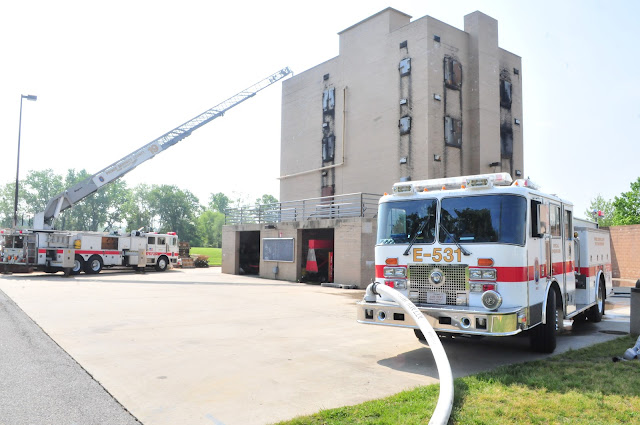 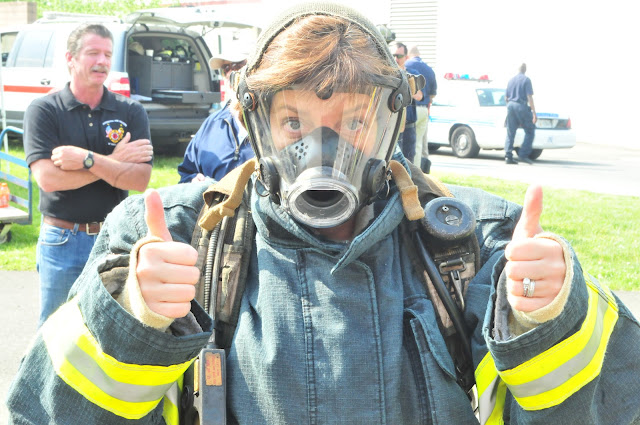 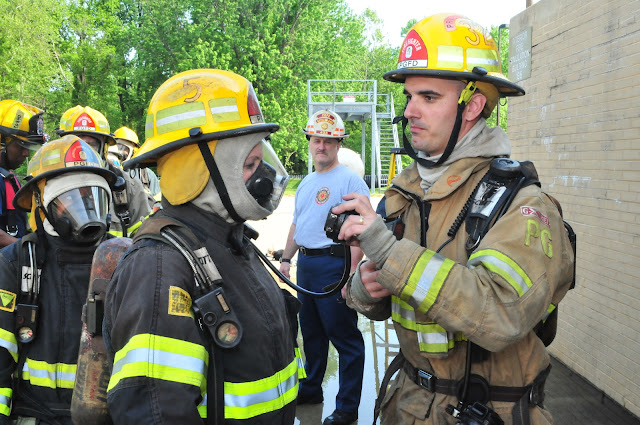 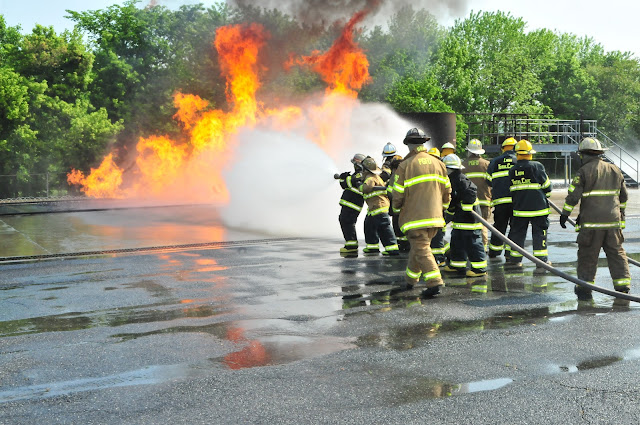 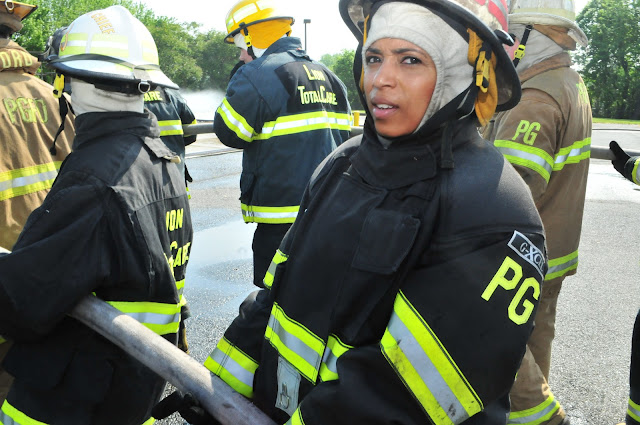 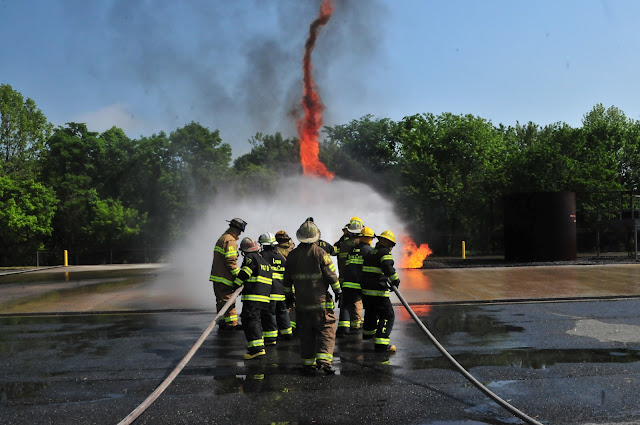 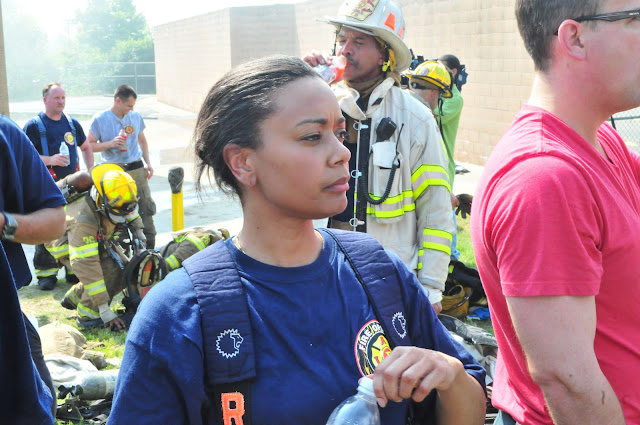 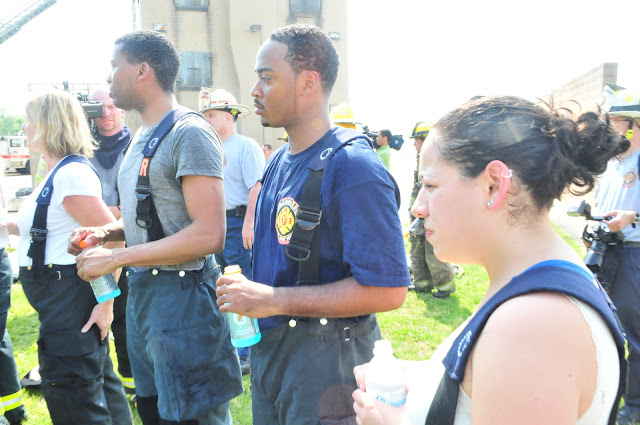 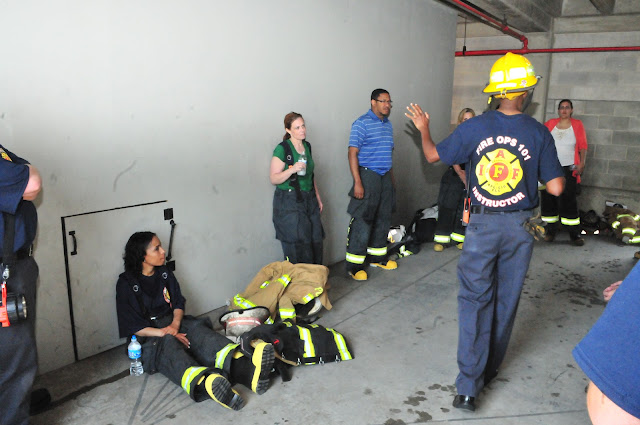 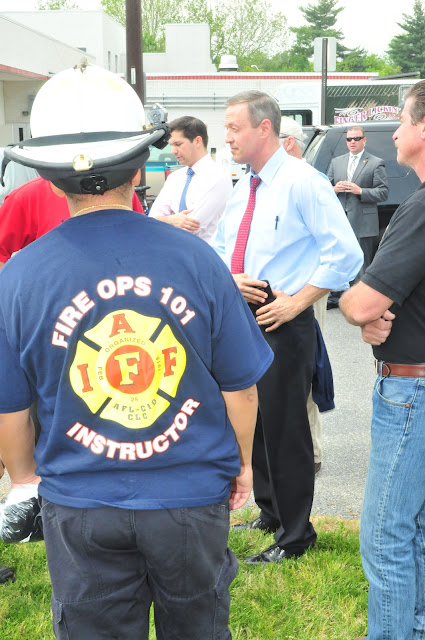 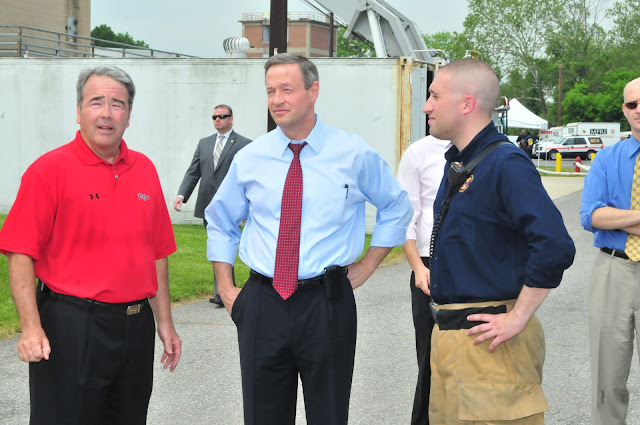 Posted by PGFD at 3:41 PM No comments: Links to this post