Saturday, September 7, Prince George’s County will host a 9/11 Memorial Stair Climb and 3K Walk at the Gaylord National Hotel, in honor of the 343 firefighters who lost their lives September 11, 2001.  The first 343 people to register and participate will receive lunch at the Gaylord, a tee shirt, and a challenge coin.  Pre-registration is available by clicking the above link.  You do not have to be a firefighter to participate.  There are 150 slots remaining to receive these premiums.

WHO:      Nearly 200 have pre-registered, public safety leaders from the National Capital Region, elected and civic officials, representatives from the National Fallen Firefighters Foundation, groups representing various organizations and corporations, firefighters and paramedics, family and friends.
Posted by PGFD at 10:33 AM No comments: Links to this post 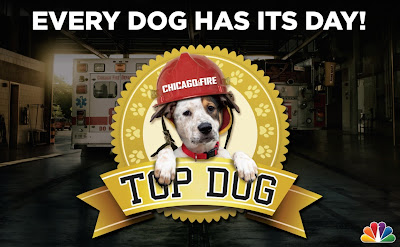 The winner, to be named “‘Chicago Fire’ Top Dog,” will make an appearance on both “Today” and on the popular primetime drama series about the Windy City heroes.

Entries can be sent starting today and will be considered through Sept. 8. Official rules are posted at www.today.com/topdog.

“Chicago Fire” executive producers will review the applicants and choose the top-three candidates. Those finalists will appear on “Today” on Sept. 24 and a public vote will be held on Today.com to pick the winner. The winner will be announced on “Today” or Today.com on Oct. 1.

The second season of “Chicago Fire” begins Tuesday, Sept. 24 at 10 PM (ET/PT). The series, which garnered growing ratings success and acclaim as its freshman season progressed, is produced by Universal Television and Wolf Films. 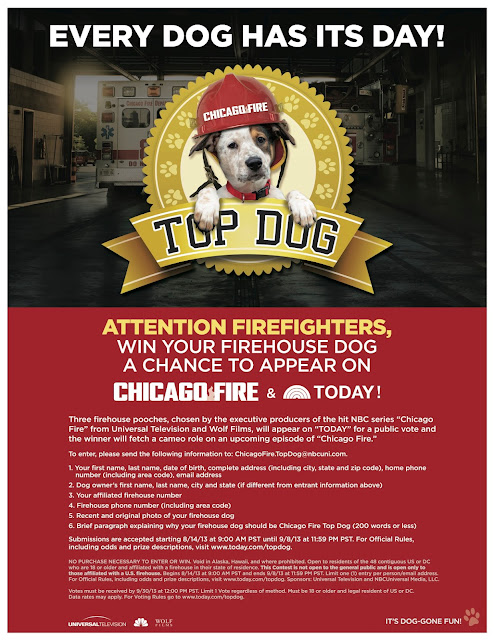 Posted by PGFD at 9:52 AM No comments: Links to this post