The award presentation was made on Saturday, January 28th, at the  Knights of Columbus Sacred Heart Council No.  2577 in Bowie, Maryland.  Tyrone Wells was unable to attend the event due to previous commitments.  Darren Ware was well represented with members of his family and co-workers including Chief Deputy Benjamin Barksdale.

Ware and Wells were selected for their actions in saving the life of a female that occupied a burning vehicle.  The following account was read while making the award presentation.

Wednesday, April 20, 2016, was challenging from its onset—first and foremost because the Prince George’s County Fire/ EMS Department was conducting funeral services for one of its members killed in the line of duty.  Secondly, Assistant Fire Chief Ware was tasked with coordinating mutual aid resources and ensuring that personnel who don’t work in our system or typically work together would be able to do so safely and efficiently.  Then, upon concluding his shift and en route home, he noticed smoke on the road ahead of him and suspected it was a vehicle fire.
As Chief Ware neared the incident, his suspicion of a vehicle fire was confirmed.  He was surprised to discover that an adult female driver was inside.  He quickly radioed Public Safety Communications for resources, after which he attempted to remove the victim from the vehicle.  His attempt was unsuccessful, as all four doors were locked; and the woman was unresponsive to his instruction to unlock her door.  With the fire beneath the vehicle growing larger and progressing into the free burning phase, Chief Ware realized the increasing urgency of the situation.  He hurriedly returned to his vehicle and surveyed the surrounding area, hoping to find something that could be used to gain entry into the vehicle.  Everything was happening so fast; yet, it seemed like eternity in the face of the life-threatening situation confronting the victim.

Retired Deputy Fire Chief Tyrone Wells, also returning from the funeral and traveling along the same route as Ware, spied the incident and stopped to provide assistance.  A male bystander retrieved a construction tool from his vehicle, to assist with a second attempt to access the vehicle.  Forcible entry was in progress when the victim inadvertently stepped on the gas pedal, driving the vehicle down the slope off the shoulder of the road.  The fire was now at a difficult angle with extension into the engine compartment, which posed greater peril in an already challenging situation.  Time was of the essence, and it was imperative to affect this rescue immediately to prevent a tragic outcome.  Wells and Ware managed to get down the slope and access the passenger side of the vehicle.  The new position of the vehicle had rendered the driver’s side inaccessible.

Deputy Chief Wells used the construction tool to break the passenger side window, at which time Chief Ware reached inside the vehicle and manually unlocked the door.  Smoke was rapidly filling the vehicle, and the engine compartment was fully involved.  It was just a matter of time before fire reached the passenger compartment.  He reached over the front passenger seat accessed the unresponsive victim and lifted her from the driver’s seat to the passenger side of the car.  This was by no means easy, but it was the only option.

After successfully rescuing the patient from the passenger side, Chief Ware carried her up the hill and across the street.  Barrier protection had not yet been established; but, traffic had fortunately stopped.  Other Fire/EMS personnel returning from the funeral had arrived by then, and the patient was placed in their care for further medical evaluation and treatment.

Chief Ware immediately repositioned his vehicle to use as barrier protection.  Within moments following the rescue, the woman’s vehicle was fully involved.  An engine company and ALS unit from a nearby fire station arrived on the scene a couple of minutes later.  The fire was extinguished, and the patient was transported to a hospital.  Chief Ware then made radio notifications and terminated command per Departmental protocols. 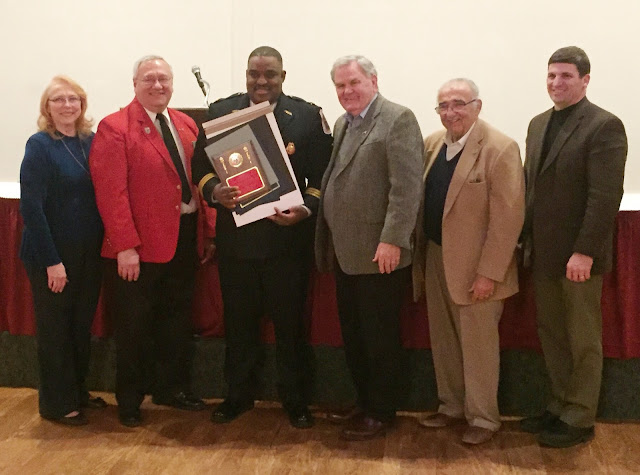 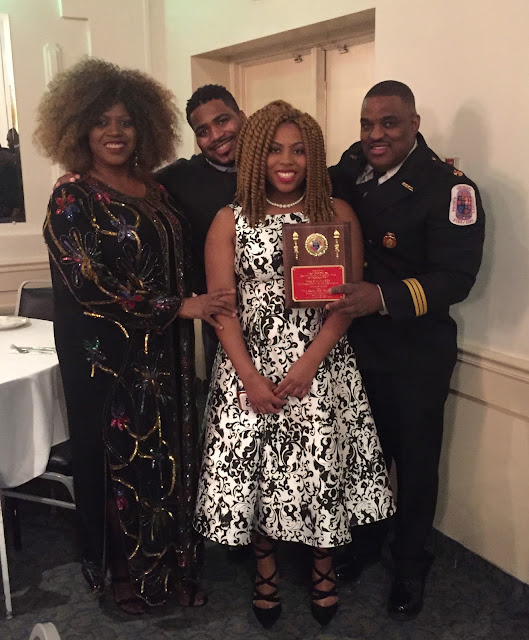 Posted by PGFD at 9:30 AM No comments: Links to this post