The Prince George's County Police Department describe their Special Operations Division Iron Team Competition as, “a test of true grit and teamwork that will push competitors to the limits.” This year, 35 teams accepted the challenge, including the only fire department entry from the Prince George’s County Fire/EMS Department (PGFD).  Team PGFD was just 1 of 2 co-ed teams competing.

On the morning of September 25, 2013, the four-person teams faced obstacles that tested their physical and mental strength.  The competition was open to law enforcement, fire personnel and members of the military.  This years event was even more challenging with several new obstacles, including a Ranger Crawl, Keg Throw and Climb, Pyramid Team Tire Flip and Stone Flip.

Team PGFD proved to be very competitive placing 31st.  Katie Johnson, Anna LaGrave, Mike Adams, and Jake Gigliotti made up Team PGFD with Sara Shaffer working with the team as a volunteer assistant.

Congratulations to Team PGFD and all teams that competed. 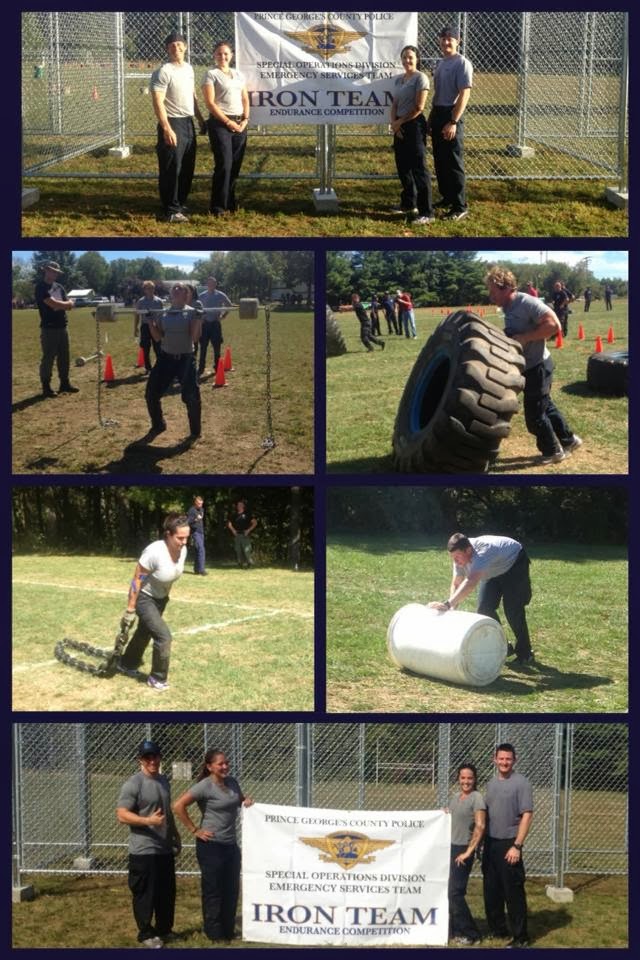 Posted by PGFD at 1:15 PM No comments: Links to this post

Prince George's County Public Schools (PGCPS) and the Prince George's County Fire and Emergency Medical Services (EMS) Department officially introduced the second class of students of the High School Fire Science Cadet Program.  The 18 Junior (11th grade) year students will join the 19 Seniors 12th grade) in this 2-year program that involves training for the next generation of firefighters and emergency medical personnel.  This morning’s event was held at the St. Josephs Community Fire/EMS Station in Springdale that serves as the base of operations for the cadet program.

In addition to cadet introductions the instructors and staff of the cadet program were introduced as well.

This two-year program will allow students to take fire and emergency medical services classes, while providing 17 college credits to those who successfully complete the curriculum.  Additionally, students will graduate from the program with all necessary training to be nationally certified as firefighters and Emergency Medical Technicians.

Charles Flowers High School was selected partly because of its close proximity to the Department’s St. Josephs Fire/EMS Station #806.  The station, which is adjacent the school, has both a training tower and classroom.  Students can walk the 200 or so yards to the station where they will receive instruction in fire and emergency medical services.

High School Cadets will report to the Fire/EMS station at about 11:30 am each school day and will remain until the end of the regular school day at around 2:00 pm. 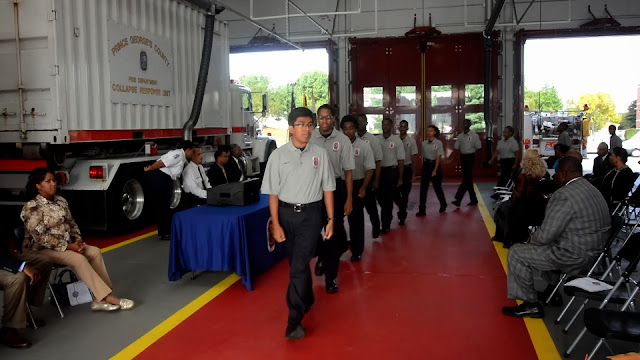 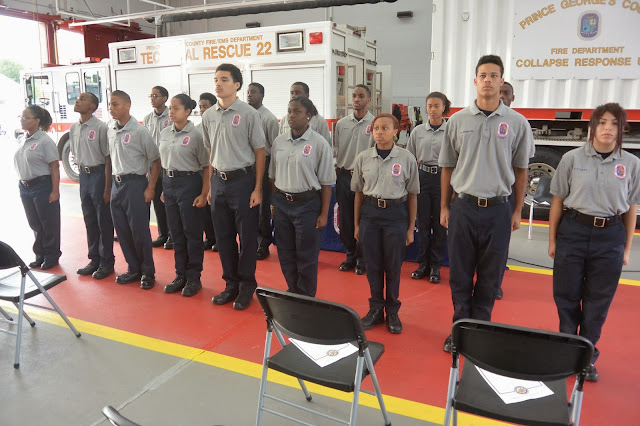 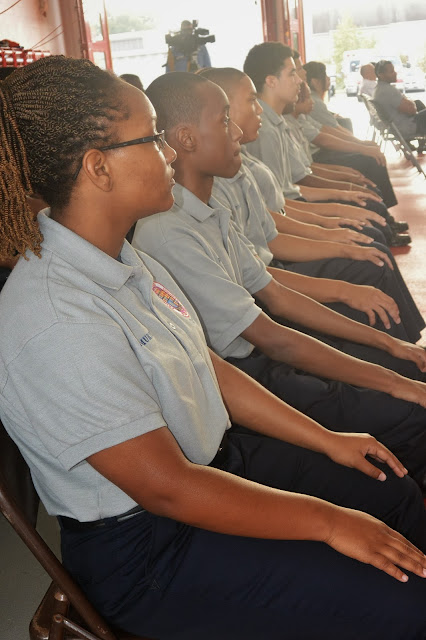 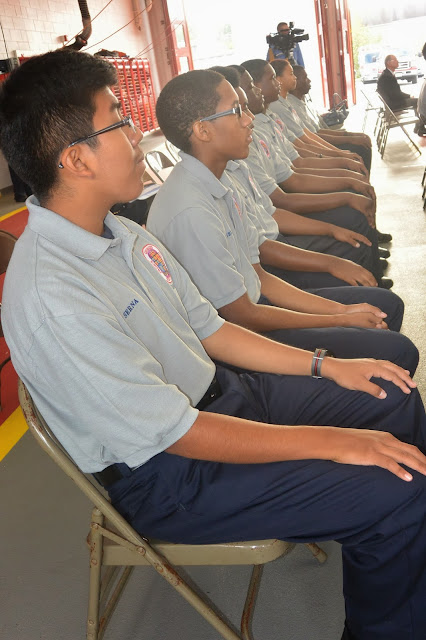 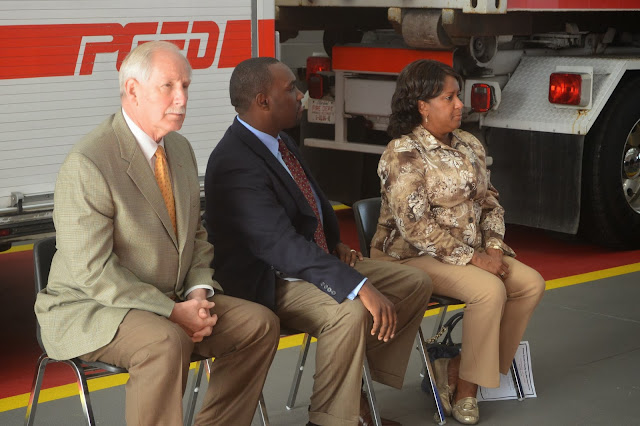