The keynote speaker, the Honorable Angela D. Alsobrooks, States Attorney for Prince George's County, shared her experience in a recent Fire Ops 101 Class to the recruits.  She understands the challenges, both personal and physical, in becoming a firefighter and dealing with the day-to-day tasks that they have sworn to perform.

Prince George's County Fire Chief Marc S. Bashoor spoke to the recruits saying, "No matter how difficult the circumstances, those who call on us will look to you for help, they will look to you for reassurance, they will have blind faith-and confidence in you, confidence that you will give them hope in what may be the most desperate and vulnerable time of their lives."

Several awards were bestowed to deserving recruits during the ceremony.  They are as follows.
FIRE SUPPRESSION SCHOLASTIC ACHIEVEMENT AWARD

The recipient of the Fire Suppression Scholastic Achievement Award is:

The recipient of the Emergency Medical Service Award is:

Congratulations to all members of CRS 48.  We wish you continues success and safety throughout your career!!! 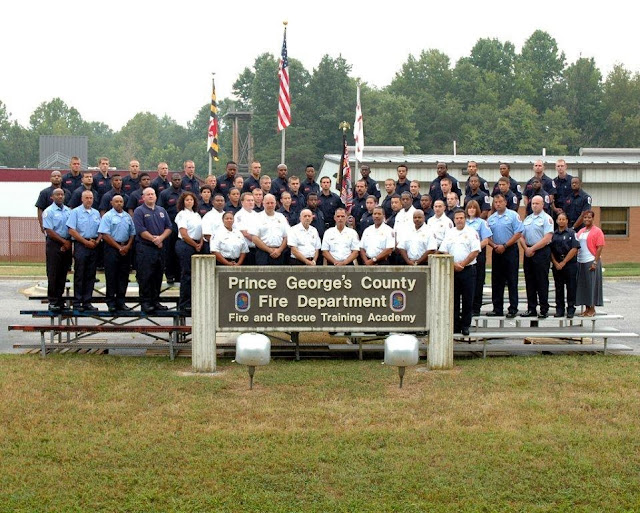 Posted by PGFD at 2:12 PM No comments: Links to this post