As one team of firefighters worked to extinguish the fire located in a second floor bedroom other firefighters performed a primary search and located two occupants still inside their apartments.  One occupant was removed via the interior stairwell and another occupant was removed by firefighters using a ground ladder from his third floor apartment.  Both of the rescued adult occupants were transported to Medstar at the Washington Hospital Center with possible smoke inhalation injuries.

The fire was knocked down in about 15 minutes.  It appears that nine apartment units will be uninhabitable and residents will be displaced.  The County Citizen Services Unit and American Red Cross will assist with temporary shelter and basic needs supplies.

The cause of the fire is under investigation and fire loss estimates are not yet available.

Only 1 person, a senior citizen male rescued from the third floor went to the hospital.  The second person was treated on the scene but did not want to go to the hospital.

The fire was caused by a malfunctioning power strip in the bedroom of a second floor apartment.

Three apartment units are displaced that consist of 6 adults and 6 children - all being assisted by the American Red Cross.
Posted by PGFD at 5:37 PM No comments: Links to this post

Injured Firefighter Update From the Burn Unit by Their Parents

MEDIA CONTACT: Mark E. Brady, Chief Spokesperson, 240-508-7930, mebrady@co.pg.md.us
Parents of three volunteer firefighters injured in a house fire on Friday evening spoke to members of the media today to personally describe their sons medical status.  Parents of the three firefighters; McClary, Sorrell and O’Toole, County Fire Chief Bashoor and Bladensburg Volunteer Chief Randy Kuenzli all spoke.  The group took a moment from the Fourth Floor East Burn Unit at Medstar at the Washington Hospital Center and spoke near the front entrance to the hospital.
The mother of Riverdale Volunteer Fire Fighter Michael McClary spoke on his behalf and explained that he had been released yesterday.  Fire Fighter McClary suffered injuries to his ribs and burns to both hands.  Cheryl McClary emotionally stated, “We are very thankful and our hearts are still with the ones that are still in hospital.”
Vann and Kathy Sorrell of Buies Creek, North Carolina, and Jeff and Jane O’Toole of Bethpage, New York, each spoke with members of the media.  The parents, no strangers to the fire service, each described their sons current medical status and spoke highly of the care they are receiving at the Burn Unit.  They also spoke highly of the support system provided by members of the fire service and the DC Firefighters Burn Foundation.  Both injured firefighters remain in “Critical” and “Stable” condition.  Their parents describe them as being in relatively good spirits and showing some signs of improvement.  Each has a long road to recovery.
Jeff O’Toole stated his son has at least 6 weeks in the Burn Unit with another 6 months of physical rehabilitation after that.  Kevin O’Toole sustained burns over 40% of his body.  He is scheduled for skin graph procedure on Monday.  Kevin can communicate by talking.
Ethan Sorrell remains intubated, however, is conscious, and communicates by writing notes. He is scheduled for examinations tomorrow that can help determine the extent of his airway burns.
The Burn Units Medical Staff allowed Ethan to walk over to visit Kevin for a short period of time.
The fathers of both injured are also volunteer firefighters in their hometowns; New York and North Carolina.  They request the Washington, DC area media to share todays press conference  and updates with their counterparts in their respective hometowns as there are family, friends and co-workers waiting on updated news. 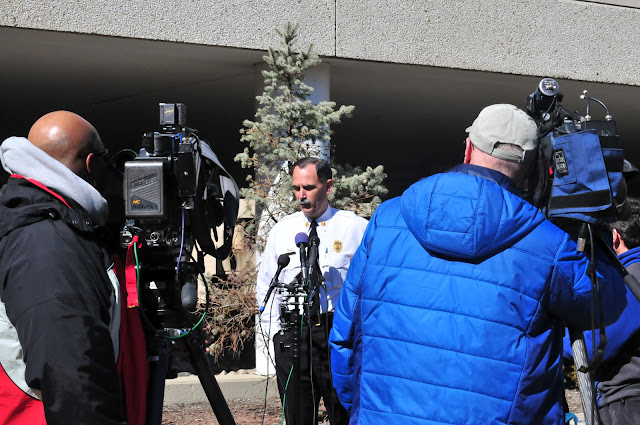 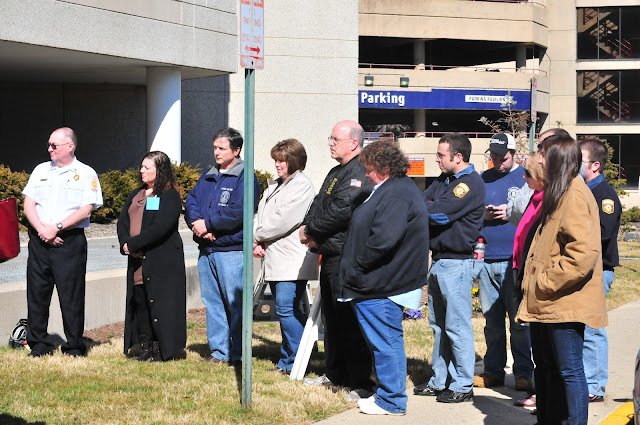 Posted by PGFD at 4:23 PM No comments: Links to this post

MEDIA CONTACT: Mark E. Brady, Chief Spokesperson, 240-508-7930, mebrady@co.pg.md.us
The families of two critically injured firefighters, Ethan Sorrell and Kevin O'Toole, will address members of the media on Sunday afternoon.  Both families travelled from out of state to be with their loved one and have remained with them since their arrival.

These firefighters remain hospitalized after sustaining burn injuries in a Riverdale house Friday on Friday evening.

The families will meet the media in the courtyard at the front entrance to the Washington Hospital Center at 1:30 pm, Sunday.  The families will provide an update on the current medical condition of the two firefighters.

I request an email, text or phone call verification if you plan on attending so the Washington Hospital Media Office and Security can prepare for your arrival.
Posted by PGFD at 9:21 AM No comments: Links to this post

MEDIA CONTACT: Mark E. Brady, Chief Spokesperson, 240-508-7930, mebrady@co.pg.md.us
At  about 3:45 am, Sunday, February 26,  Fire/EMS units were alerted to a house fire in Chillum.  Firefighters arrived at a 2-story single family home in the 8000 block of 18th Avenue with heavy fire showing from the rear of the structure.   It appears the fire may have started on the rear deck with extension to the interior.  At the height of the incident the fire burned through the roof of the home and all firefighters were evacuated to the safety of the exterior where the bulk of the fire was knocked down.  Firefighters re-entered the structure to complete the extinguishment.  The fire was declared out at about 4:25 am.  The occupants were displaced and assisted by the County Citizen Services Unit.  Fire Investigations was on the scene and indicates the cause is under investigation. The fire loss was placed at approximately $150000 total for the structure and contents. No injuries reported.
Posted by PGFD at 9:13 AM No comments: Links to this post