Prince George's County Firefighter/Medics from the Second Battalion returned to the Old Bowie community this morning to check for working smoke alarms after a fatal house fire the night before..

Robert W. Weyzen, 26 years of age (DOB 7/1/1988), resided in the family home in the 13100 block of 11th Street in Bowie.  Robert sustained burn injuries, primarily in his airway, that claimed his life on Sunday, December 7.  The home had 2 smoke alarms, however, they were not working.

The cause of the fire remains under investigation until the medical examiners report is complete.  However, Fire Investigators are looking at a candle located in a stairway that led to the second floor as a possible cause.  Weyzen was located by firefighters on the second floor, it appears, after he had attempted to exit the home down the stairs that were burning, sustaining injuries, and retreating back to an area on the second floor.

The entire Prince George's County Fire/EMS Department offer our condolences to the family and friends of Robert Weyzen.  Our thoughts and prayers are with you.

Remember to have a working smoke alarm on every level of your home, primarily outside of sleeping areas.  Additionally, have an escape plan that identifies two ways out of every room in the house and identify a safe meeting place outside. 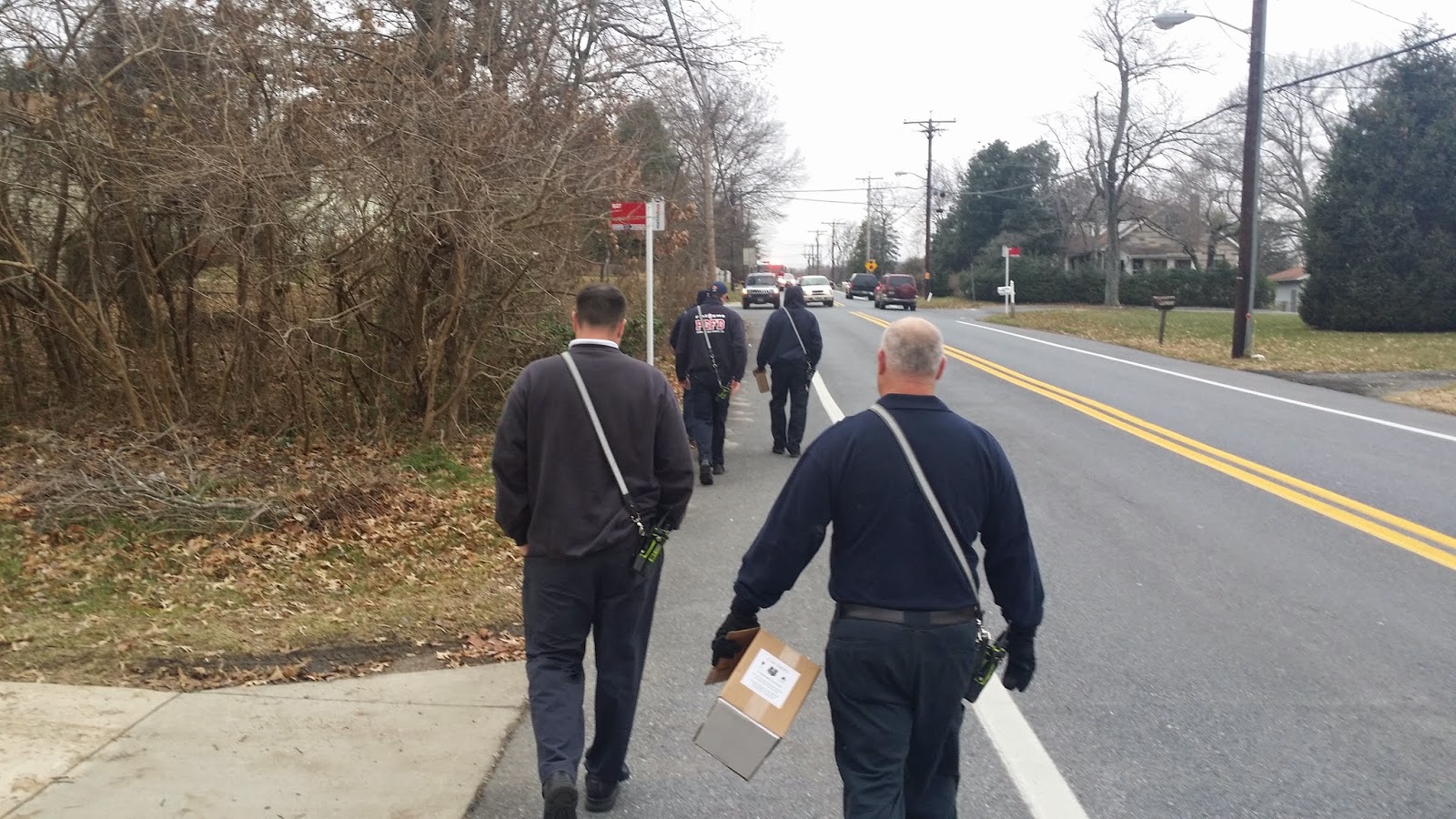 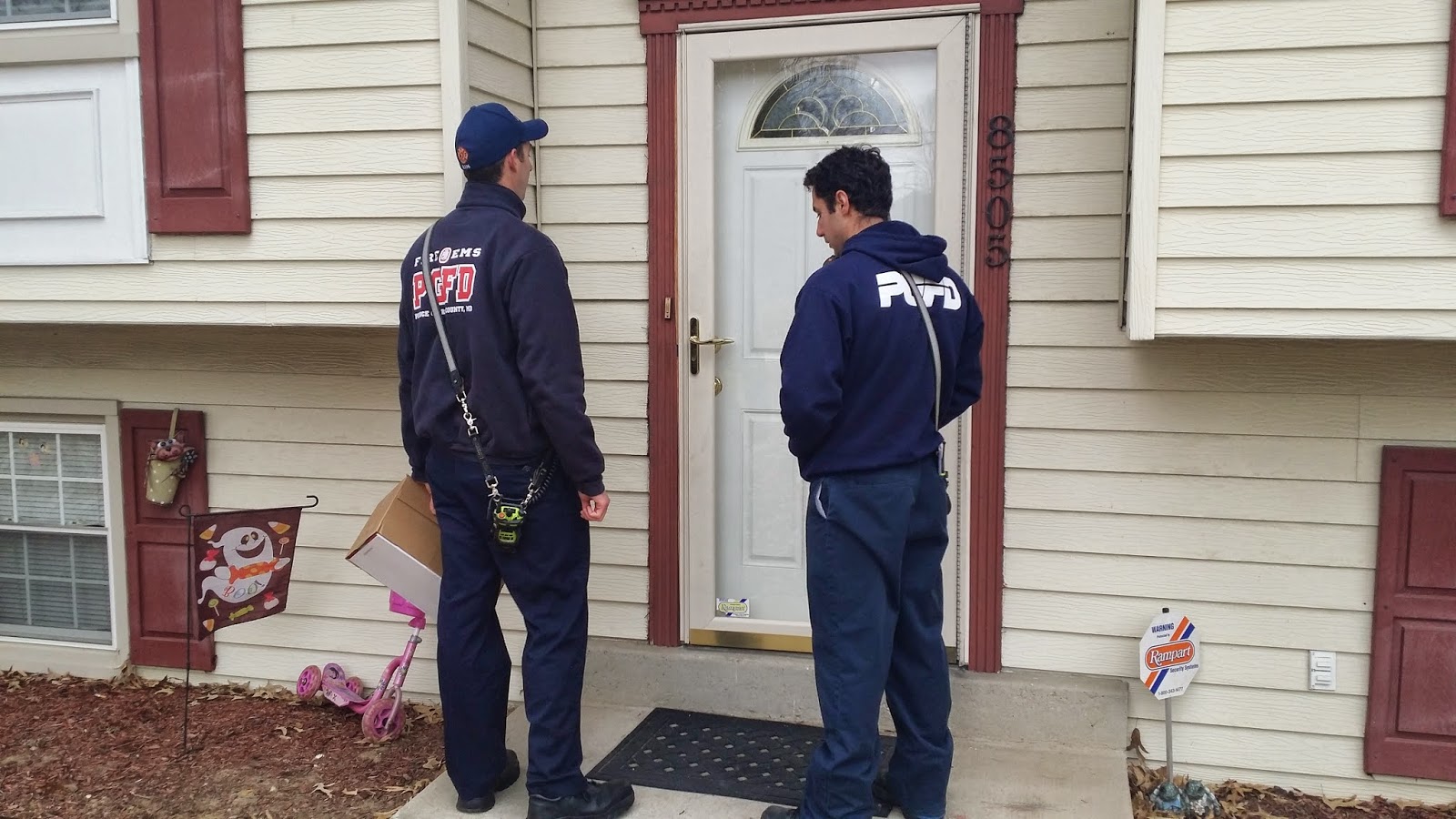 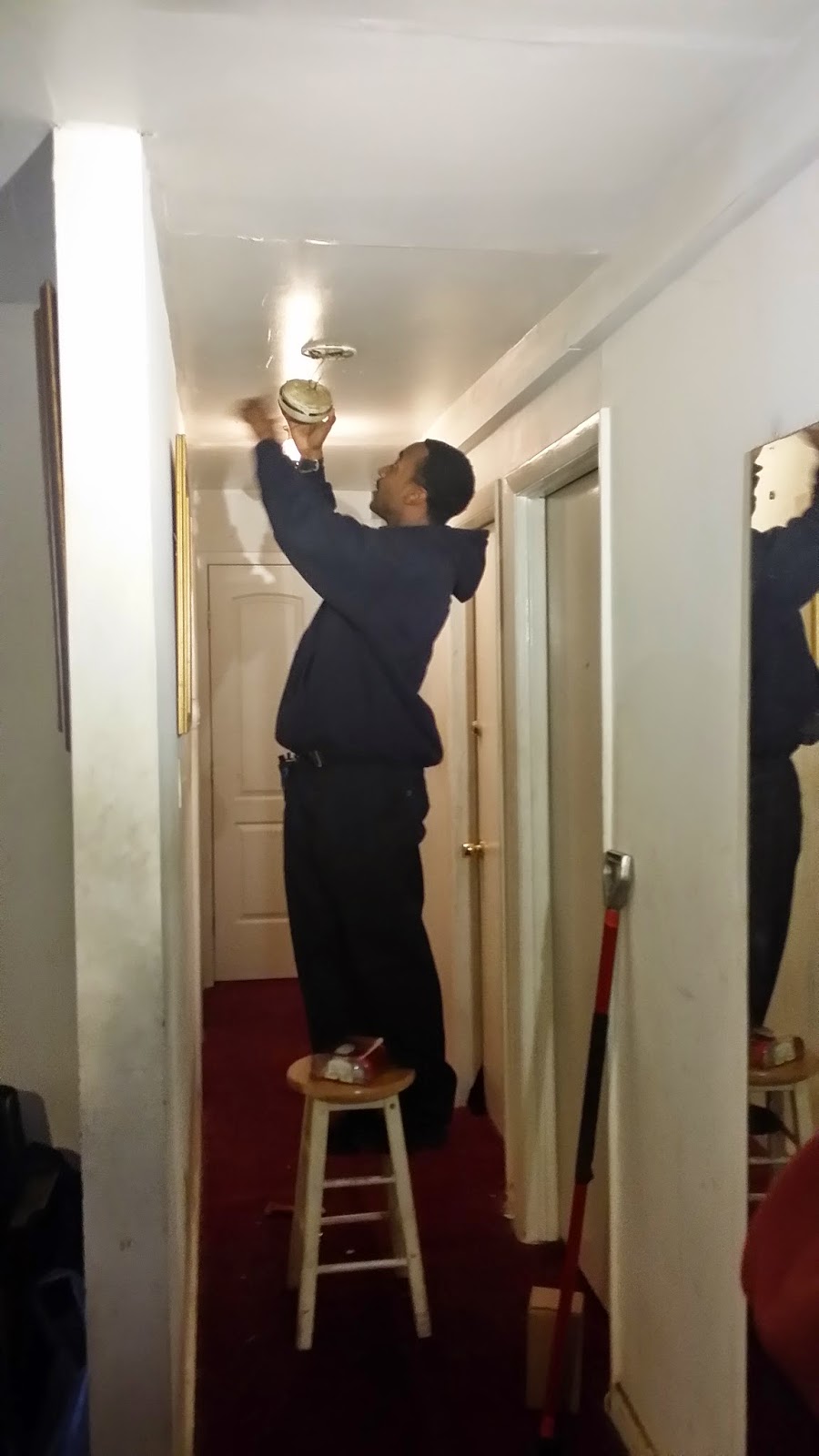 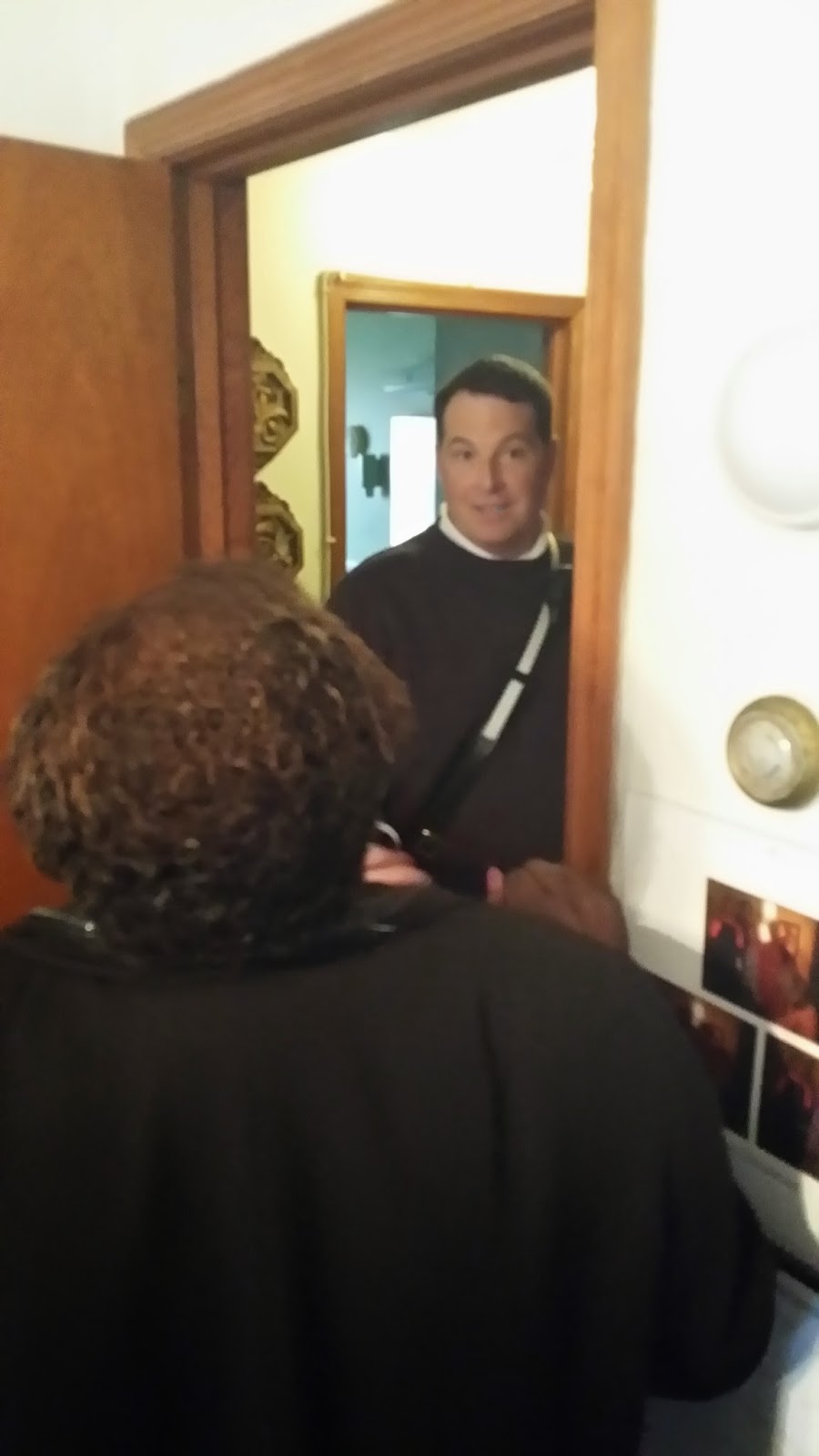 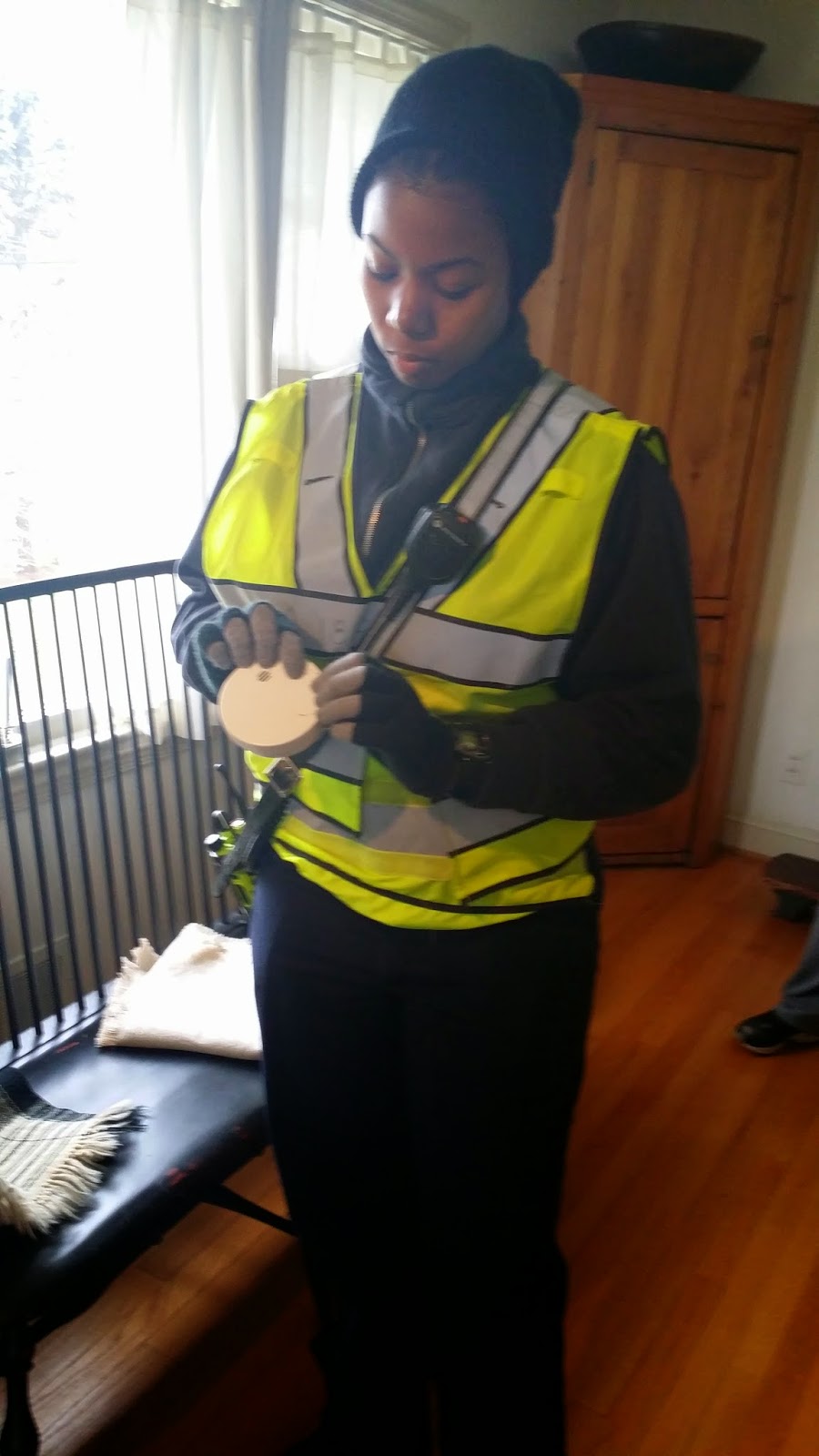 Posted by PGFD at 4:55 PM No comments: Links to this post

Prince George’s County Firefighters rescued an occupant of a burning Bowie home on Sunday night but his injuries proved to be too severe for survival.

At around 10:00 pm, Sunday, December 7, Firefighters were alerted to a house fire with a report of someone trapped in the 13100 block of 11th Street in Old Bowie.  An engine from the nearby Bowie Fire/EMS Station #819 arrived within 2 minutes and found a 2-story, Cape Cod style, single family home with smoke showing.   The home is just over 1400 square feet and built in 1930.

Firefighters quickly extinguished the fire and completed a search of the entire structure.

Initially, medics called for a helicopter to fly the patient to a Burn Unit.  While continuing to treat the patient on the scene his condition rapidly deteriorated and medics transported him to a local Trauma Center.  Tragically, despite the very best efforts of firefighters, medics and hospital staff the male succumbed to injuries shortly after arriving at the hospital.

The County Citizen Services Unit and the American Red Cross worked with other family members, the victim’s mother and brother, to arrange for temporary assistance.  The victim’s father was out of town on business.

Fire Investigators have initially listed the fire as “under Investigation” as a matter of routine whenever a fatality is involved.  All preliminary accounts indicate the fire is accidental.  Fire loss is estimated at $20,000.  Two non-working smoke alarms were found in the home.

A cause of the fire and the victim’s identity will be provided upon completion of a medical examiners report.

Firefighters will be returning to the community, 13100 block of 11th Street and surrounding homes this morning at 9:30 am.  They will have new 10-year smoke alarms and fire safety information to distribute to the community.  This program, Post Incident Neighborhood Intervention Program (PINIP), has been a staple of the Fire/EMS Department community risk eduction efforts whenever a fire of this nature occurs.  Firefighters will go door-to-door providing as much information as possible about the incident.  It is during these times that homeowners allow firefighters into their homes to test smoke alarms to ensure they are working.  If a non-working smoke alarm is located, either a fresh battery or new alarm will be installed at no charge.

Any Prince George’s County resident that is in need of a working smoke alarm and cannot afford to purchase one may contact our Safety First Smoke Alarm Program.  Simply call 311 and arrange to have a firefighter visit your home and install a new 10-year smoke alarm, free of charge.
Posted by PGFD at 8:31 AM No comments: Links to this post

The fire service has seen an increase in home fires with the popularity and increased use of candles.  Combine the everyday popularity with the increased use during the Holiday Season where candles play an important role in religious celebrations and the chances of a candle igniting a fire increases.   December is the peak time of year for home candle fires.  In December, across the country, 13% of home candle fires begin with decorations compared to 4% the rest of the year.

More than half of all candle fires start when something that could burn, such as furniture, mattresses or bedding, curtains, or decorations is too close to the candle.

In one-fifth (20%) of candle fires, the candles are unattended or abandoned.
Over one-third (36%) of home candle fires begin in the bedroom.

Falling asleep is a factor in 12% of home candle fires and 36% of the associated deaths.

One-half of home candle fire deaths occur between Midnight and 6 am.

Young children and older adults have the highest death risk from candle fires.

The risk of fatal candle fires appears higher when candles are used for light.

If you do use candles, ensure they are in sturdy metal, glass or ceramic holders and placed where they cannot be easily knocked down.

Extinguish candles after use and before going to bed.

Keep candles at least 12 inches from anything that can burn.

Keep candles out of the reach of children and pets.

Children should never be allowed to play with matches, lighters or candles.

Never use a candle where medical oxygen is being used. The two can combine to create a large, unexpected fire.

Always use a flashlight – not a candle – for emergency lighting.

When using in home worship, don't place lit candles in windows, where blinds and curtains can close over them, or pass handheld candles from one person to another. To lower the risk of fire, only only a few designated adults should use candles.

In the event of a fire, remember time is the biggest enemy and every second counts!

Escape first, and then call for help. Develop a home fire escape plan and practice it frequently with your family.  Designate a meeting place outside. Make sure everyone in the family knows two ways to escape from every room.

Finally, as in every season, have working smoke and carbon monoxide alarms installed on every level of your home, test them monthly and keep them clean and equipped with fresh batteries at all times. We strongly encourage the use of 10-year, tamper proof, with hush feature smoke and CO alarms.

Know when and how to call for help. Remember to practice your home escape plan.

The Prince George's County Safety First Program will provide County residents with a working smoke alarm and install one for you, free of charge.  Simply call 311.

Please watch this music video by Blake Shelton.  It is an excellent example of what can and will go wrong when you leave candles burning unattended.  It only takes one misplaced or unattended candle to cause this type of damage.