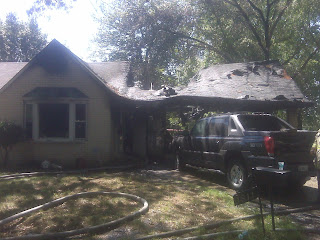 Just after 2:00 pm firefighters from the Ritchie area were alerted to a possible house fire. Fire/EMS units arrived in the 1800 block of Berry Lane and found a 1 1/2 story single family home with heavy fire showing. firefighters had the fire knocked down in about 15-20 minutes. There were no reported injuries. A family of 3 will be displaced. The cause of the fire is under investigation and a preliminary fire loss is estimated at 150K.
Mark E. Brady
Posted by PGFD at 3:34 PM No comments: Links to this post

MVC with Critical Injury to Pedestrian 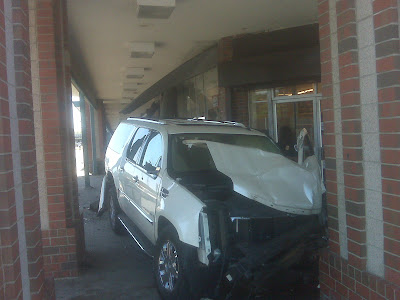 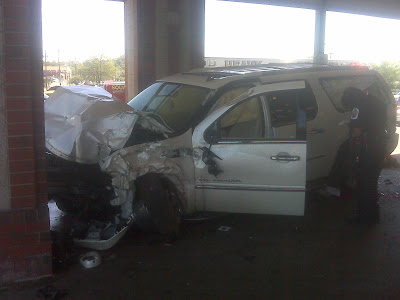 An adult male standing on the sidewalk of a CVS store in the Eastover Shopping Center in Oxon Hill was struck and critically injured by a SUV that drove up and onto the sidewalk leaving a trail of damage. The adult male was transported by paramedics to a Trauma Center with trauma to his lower legs. His injuries are considered life threatening.  The single vehicle crash occurred at about 1:15 PM, Monday, May 10, 2010, in the 4900 block of Indian Heady Highway.

The adult male driver of the Cadillac SUV is currently being questioned by the County Police. Witnesses reported erratic driving of the SUV just prior to it leaving the parking lot roadway and onto the sidewalk.  The SUV traveled about 300 feet on the sidewalk taking out support beams and overhead window security grills. Five stores including the CVS were evacuated and closed until a building inspector can review the damage.

The Prince George's County Police Department is conducting the investigation. 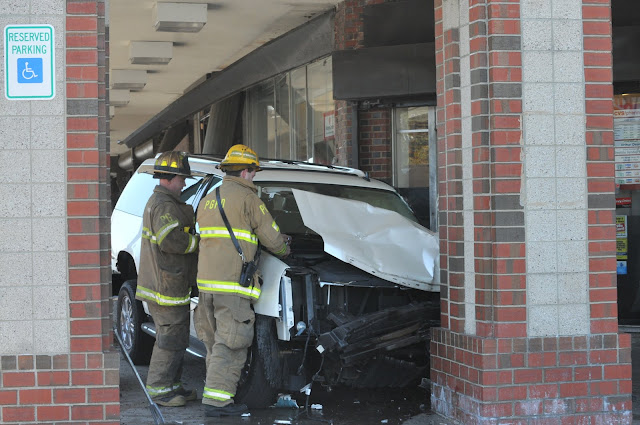 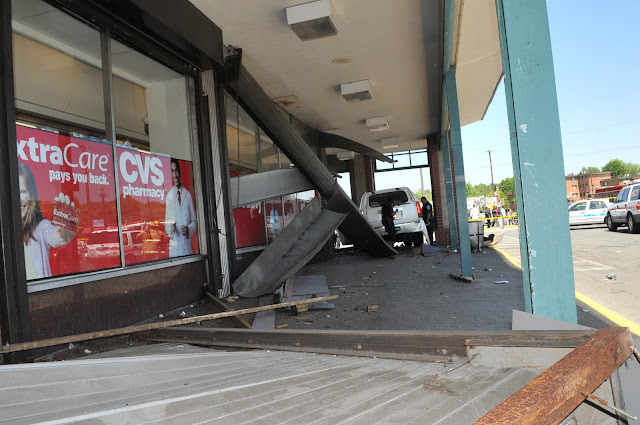 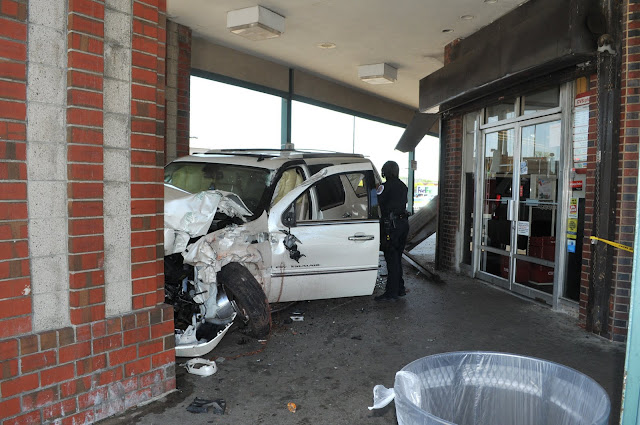 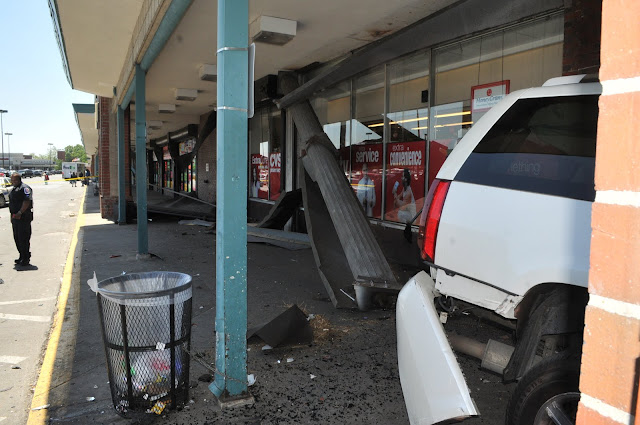 Posted by PGFD at 2:34 PM No comments: Links to this post