Occupants of a College Park home are fortunate to have escaped their burning home early this morning.  Just before 2:00 am, Monday, July 18, 2016, a fire of undetermined nature occurred in a home in the 7500 block of Edmonston Road.  The home occupants, an adult and a child, were not provided an early warning from a smoke alarm and had to rush out through the heat and smoke.  The adult was treated for smoke inhalation on the scene but refused transport to a hospital.  The American Red Cross of the National Capital Region assisted the displaced residents.

Firefighters from the Berwyn Heights Fire/EMS Station were the first to arrive and advised of smoke showing from the front.  A fire was quickly found and extinguished in the front  living area of the home.  The cause of the fire is under investigation.  Fire loss is estimated at $20,000.

It’s a law we can live.  County Law currently calls for a smoke alarm on every level of your home, primarily just outside of sleeping areas.  If you have a fireplace, natural gas service and/or an attached garage, you must also have a working carbon monoxide (CO) alarm as well.  The law will also soon take effect that will require all alarms to be a 10-year, tamper proof, alarm available at all home improvement stores.

The Fire/EMS Department recommends that you sleep with your door closed and a working smoke alarm installed in each bedroom.

The Prince George’s County Fire/Emergency Medical Services Department has a smoke alarm program that allows homeowners that cannot afford to purchase their own to call and request a smoke alarm to be installed in their home by a firefighter, free of charge.  Simply call 311 and ask about our free smoke alarm program.

Posted by PGFD at 2:21 PM No comments: Links to this post

The game will take place this Thursday, July 21, at 6:30 pm at the FOP Lodge Field on Route 202 in Upper Marlboro.
Plenty of fun to be had at these family-friendly events.

Help cheer on the "Big Dawg Down 26" kickball team to victory!!! 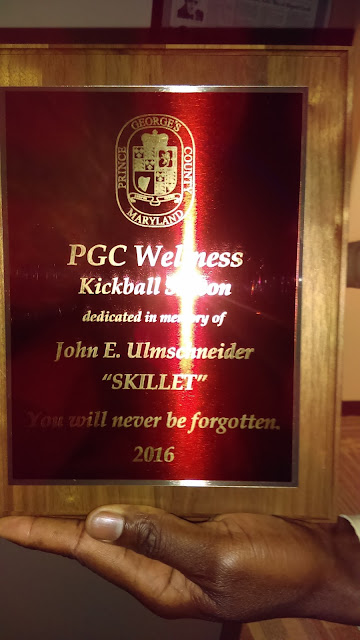 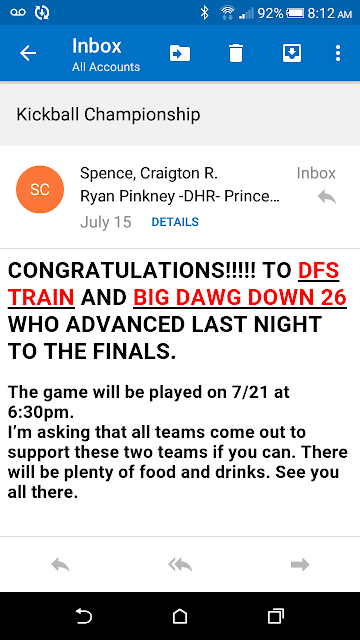 Posted by PGFD at 1:08 PM No comments: Links to this post